CCI to meet before PDF to work out strategy for reconstruction 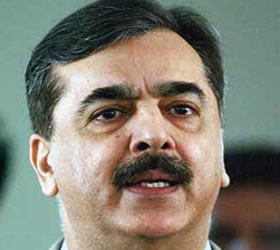 ISLAMABAD: Prime Minister Syed Yusuf Raza Gilani has directed that a meeting of Council of Common Interests (CCI) should be convened ahead of upcoming Pakistan Development Forum’s moot to take all provinces and stakeholders on board.The CCI meeting will work out a national strategy/policy for reconstruction, which would be presented before the PDF for their better understanding of the ground realities.The Prime Minister also directed the Finance Minister to make full preparation for the upcoming meeting of PDF.The Prime Minister gave these directions in a meeting with Federal Finance Minister Dr. Abdul Hafeez Sheikh, Deputy Chairman Planning Commission Dr. Nadeem ul Haq and Governor State Bank of Pakistan Shahid Kardar who called on him at Prime Minister House here Wednesday afternoon.The Prime Minister said that the PDF participants should be thoroughly briefed about the well established institutionalized management systems which are capable of carrying out reconstruction and rehabilitation as these were successful in the relief and rescue operations.Talking about the inflation and price hike, the Prime Minister urged the finance team to work out a viable solution so that the poor and downtrodden segments of the society could be provided meaningful relief.He said that before the presentation of draft bill for GST reform in the Parliament all the coalition partners and party members must be provided full information.The Finance Minister briefed the Prime Minister about his recently held talks with IMF and the preparations made for the upcoming PDF meeting.He also informed the Prime Minister about his talks with US authorities during the strategic talks.The Deputy Chairman Planning Commission informed the Prime Minister about the position of PSDP and the ongoing development projects in the country – App

Differences surface up between federation, provinces on absorption of employees of five ministries

Differences surface up between federation, provinces on absorption of employees of five ministries