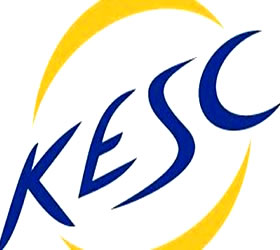 KARACHI:Karachi Electric Supply Company’s Chief Tabish Gauhar has accused the government departments, Sui Southern Gas Company and circular debt issue for the present state of malfunctioning of the power company.However, he assured the consumers of the new investment, new power plants and improvement in operation would bring about the desired change but it would take one to two years. In a well worded long letter addressed to the citizens of Karachi, the KESC CEO said that the gas supply was abruptly disconnected causing the presently massive loadshedding and problems confronted by the consumers.He, however, did not mention that how the bills of consumers are on the rise. The federal government has its own game in every bill that the deduction at source in the name of various taxes added to the overall billing of the month and this exorbitant increase, meter control and its speed and mal-operation is never discussed.KESC’s chief said that the circular debt trap was causing tremendous problem and as such it has added to the financial squeeze. He did mention of the receivables however not care of the outstanding among KESC had to pay to SSGC which amounts to Rs.22 billion. With such a high value payable would obviously be made as per the capacity of KESC to dislodge this liability however there has been no mention that how the huge perks and benefits are provided to senior management members of Abraj Group controlling the privatized KESC.Tabish Gauhar said that SSGC could have used some “alternate” for supply of gas which could not be materialised as a result of that power production came to a low level and has caused more cost in term of furnace oil purchase. This dependence could be reduced once the LNG facility could be arranged for the Bin Qasim Power station which would also been run through coal. Such a turn-around plan, he said would help better supply to consumers in the city who have suffered loadshedding eight to ten hours. However, the bills to residential and industrial consumers have no relief as these have been put on a very high side and coercive measures are introduced by KESC staff who just reaches the houses for disconnecting supply.

A public resentment was also seen in different parts of the city when outraged people stoned offices and put the KESC vans on fire. A totally frustrated consumer in the city has no option but to use this monopoly regime managed and controlled by KESC. This monopolistic policy where no other marketing company operates excepting the KESC consumers too has no choice but coerced to accept the dictates of KESC. Meanwhile the government too at the federal and provincial level failed to come to a respite to consumers.This situation has caused problems to the already disturbed citizens on account of law and order. KESC, people generally demand be re-taken over by the government as rightly demanded by the ruling PPP Parliamentary Leader in Senate Mian Raza Rabbani who hails from Karachi and well understand the miseries of KESC poor management and lavish style of governance and management.

The company chief has said that the gas supply as and when restored will provide better facility of power however these has been no words for exorbitant tariff and inflated bills being sent to consumers especially this month the bills are over one hundred percent of a given consumed number of units. The trade body leaders have called upon the government to have a joint investigation in to the scams of KESC and to examine the operational and financial sectors of KESC – Dailymailnews