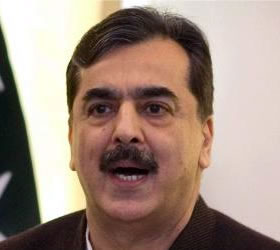 The Prime Minister said Multan being a historic city and also famed as a city of Sufis and saints, who always preached peace and harmony, attracts people from across the world.
The direct flights from Multan would help facilitate the international tourists to visit the area, he added.The Prime Minister described the intending Hajjis as ambassadors of Pakistan in the holy lands of Makkah and Madina and urged them to pray for the country and nation during Hajj.Minister for Defence Chaudhry Ahmad Mukhtar and Minister for Religious Affairs Syed Hamid Saeed Kazmi also addressed the ceremony, which was attended among others by a number of parliamentarians and notables of Multan – App