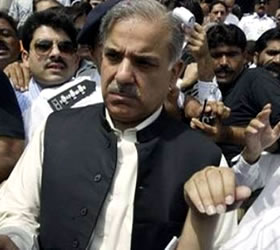 LAHORE (October 23, 2010) : The Punjab government intends to set up industrial estates in Rahim Yar Khan and on Lahore Kasur Road and in this connection Punjab Chief Minister Muhammad Shahbaz Sharif has asked the concerned department to identify lands. “Maximum sites should be identified to set up industrial estates in the province,” he said while addressing a board meeting of Punjab Industrial Estates Development and Management Company (PIEDMC) here on Friday, disclosed an official.

According to an official, establishment of industrial estate in Rahim Yar Khan will produce far-reaching results as the district has airport facility near Bahawalpur and Cholistan. A modern slaughterhouse can be set up there too. Meat and other dairy products could be exported to Gulf states. The government is taking effective measures for improving livestock sector and five dairy farms have been set up in Cholistan. In view of limited financial resources, land should be searched for setting up industrial estate in Rahim Yar Khan and Member Board of Revenue should visit the district for this purpose.

He also said Lahore Kasur Road has been completed and sites should be identified on either side of the road for setting up industrial estates. “Private sector will be encouraged for the promotion of industries. Sundar Industrial Estate should be a role model for other industrial estates and offices of concerned departments should be established there for the provision of all necessary facilities through one window operation,” he added.

He said that promotion of industries was one of the top priorities of the government and solid steps were being taken for this purpose. Promotion of industrial sector would generate employment opportunities and strengthen economy. Punjab Industrial Estates has taken effective measures for the promotion of industries and services of its chairman and chief executive officer are commendable in this regard. There is need for marching forward speedily for the promotion of industries in the province and he wants better results in the next board meeting of PIEDMC. TEVTA should take prompt steps for setting up vocational institutes in Sundar Industrial Estate to produce skilled workforce to meet industrial needs. Pakistan is facing shortage of energy, which is vital for industrial sector. Attention should be paid to generate electricity from alternative sources and proposals should be formulated in this regard.

“Private sector should be encouraged to invest in energy sector. Establishment of maximum industrial estates for the promotion of industrial sector is the need of the hour and PIE should complete the process of identification of sites and present a report and in the light of the report a plan will be evolved to set up new industrial estates,” he added.

He was of the view that Punjab Small Industries Corporation (PSIC) is a dead horse and a plan should be evolved to make it a vibrant institution. He said that he had directed Secretary Industries to visit Sundar Industrial Estate twice a month until it is completed and take steps for its early completion and provision of facilities in consultation with concerned officials. He also directed that the issue of Capital Value Tax on plots of Sundar Industrial Estate be resolved immediately.

Earlier, PIE Chairman S M Tanvir and CEO Major General Tariq Javed (Retd) gave a briefing. They said a branch of Bank of Punjab has been set up in Sundar Industrial Estate and austerity has been adopted. They also said PIE head office has also been transferred to Sundar Industrial Estate and a site has been allocated for TEVTA vocational institute. “Repossessed plots have been sold in a transparent manner,” he added.