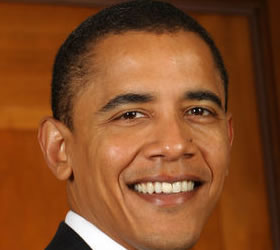 ISLAMABAD: The third Strategic Dialogue between Pakistan and United States will help develop a better understanding of their common challenges including the Afghanistan situation, diplomatic experts said on Thursday. “Points of view will be better understood on wideranging agenda including security, political and developmental concerns,” former Ambassador and Foreign Secretary Tanvir Ahmed Khan told APP.Ambassador Khan said there had been some complaints by Washington about Pakistan’s role in Afghanistan security, however both countries had a point of convergence on holding negotiations with all groups rather than going for purely military solution.

He said the expected security assistance package by the United States totalling $2 billion over five years emerging at the dialogue’s end, would add to Pakistan’s capacity to fight extremists on its border with Afghanistan.
The ambassador said the aid will help Pakistan purchase helicopters, weapons systems and uipment to intercept communications.
He said the strategic dialogue would probably bring “mixed results” without “much quick recovery” on various issues. However it’s significance could not be undermined in the long run, he added.
Rasool Bux Raees, political analyst told this agency that the common challenges facing both Pakistan and United States needed a “common strategy”.
He said the two countries might have some asymmetry in their views, but the circumstances in Afghanistan required them to share their views to arrive at a common strategy.
He said in the dialogue, Pakistan would reiterate that a stable Afghanistan was in its interest.
Commenting on Obama’s statement on favouring democracy in Pakistan, Rasool Bux said the fact was not a “guaranteed favour” by the United States, but a growing awareness among Pakistanis that dictatorship was the worst form of rule.
He said the dialogue will define the direction and future of Pak-US bilateral relationship as well as the success of containment of terrorism – App