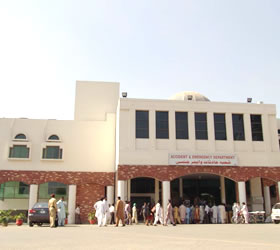 LAHORE : The administration of Services Hospital Lahore has suspended a head nurse and sweeper.It is reported that the sweeper has been suspended. He was captured read handed when he was stealing medical equipments.Officials of the hospital have ordered to investigate into matter. MS Dr Mohammad Javed assured that he would take strict actions against those who were found guilty in this matter, adding that black sheep would not be allowed in the hospital.He ordered staff members to observe duties of their subordinate and in case of failure concern officer would be responsible for the negligence – Sananews