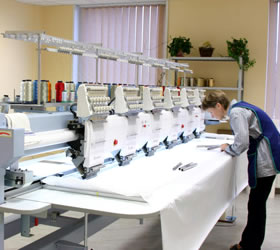 KARACHI : The higher the prices going buying pace has sustained rising from merely three thousand to 36000 bales and around. The spot rate that spill into the week after losing Rs 100 each marked at Rs 7250, finally closed at Rs 7450, while lint price hits Rs 7700, ark.WORLD SCENARIO:

China has resumed buying cotton after two-week holiday but is pretty upset, as it hopes to produce 6.64 million tones lower compared with 6.7 million tones previous year. This factor, compared with speculation pushing prices higher around the world rate is boggling authorities mind.In Pakistan scenario is not much different, as floods have ravaged cotton crop over 600,000 hectares, creating a gap of around three million bales. The noted surplus country, particularly the US and India have been watching keenly development on cotton needs front.The analysts have so far not been pessimist. In their opinion the demand and needs will run favourably. The cotton futures, which have continued to bulge reaching week end day at 110.87 cents a pound (December). They, however, expect a correction unless some situation, which believes in buy and stop policy, not in any way relieved to stop issuing fresh import orders.Pakistan is understood to have been in touch with neighbour for its needs around three million bales. Later from the US is that excessive heat may have spoiled the quality of cotton though quantity has not been made known. On Monday the NY cotton futures finished at a new 15-year top on Chinese mill fixation and investment fund buying with no immediate sign, yet, of the market’s rally flagging at levels approaching all-time highs.

On Wednesday the NY cotton futures finished with healthy gains, driven higher by commercial traders who bought December futures to cover short positions in order to roll them forward to March contracts. ICE Futures US key December cotton contract jumped 1.29 cents, or 1.18 percent, to end at $1.1141 per lb. On Tuesday, the contract hit a 15-year top at $1.1238. March contracts, by comparison, settled 0.25 cent higher at $1.0720 cents per lb. Volume for the December contract was estimated at a modest 12,741 lots. Overall volume was close to its 30-day average at about 20,000 lots, Thomson Reuters preliminary data showed.On Thursday in the early trade, the US cotton futures jumped to a record, up more than four percent as the market was buoyed by a rally in Chinese cotton market and a wider weakening trend in the US dollar. China’s cotton prices climbed more than two percent, after going four percent limit up in the previous session, despite a warning by authorities in Beijing against speculation. The key December US cotton contract touched an all-time high of $1.198 per lb in early Asian trade. At 0204 GMT, it was trading up two percent to $1.172 an lb. Benchmark May 2011 cotton futures, traded on the Zhengzhou Commodity Exchange, rose two percent to 24,405 yuan per tonne.

On Friday the US cotton futures sank from a record peak, as speculative funds took profits, but analysts said the market’s three-month rally could resume next week if No 1 consumer China sees the drop, as a cue to buy. Cotton prices on ICE Futures US and China’s Zhengzhou Commodity Exchange have soared into uncharted territory, stoked by strong demand and tight global supplies. The key December US cotton contract hit an all-time peak of $1.198 per lb within minutes of opening at 0100 GMT but it could go no higher, closing down by its 5.00-cent daily limit at $1.0987 per lb. The key May 2011 cotton futures on the Zhengzhou Commodity Exchange rose 275 to finish at 24,305 yuan per tonne, having hit a lifetime peak of 24,680 in Friday’s session.

The more the price hike in world on local trading, buying showed blistering pace as markets saw on Monday recent days’ highest lifting at 33,000 bales in price range of Rs 7100 and Rs 7400. Earlier sellers announced Rs 100 raise in official spot rate at Rs 7250 a maund. Phutti in Punjab and Sindh depicted firmer trend at Rs 3250 and Rs 3300 in Sindh. India has relaxed position but is keeping strict watch on the local mills needs.On Tuesday prices sustained rise on the back of sort of panic buying, both by cotton exporters and millers. The total buying marked on the day was more or less 3700 bales in price range of Rs 7200 and Rs 7500, market sources stunned at fixation buying floated idea that price hike was still in store. They said the hikes were borrowed mainly from world markets and was likely that restrain is not around. The spot rate was again raised by Rs 100 to Rs 7350, second time in a row. On Wednesday sustained rise in prices slowed buying activity as cotton exporter sidelined, while millers took a breather to decide next move. The spot rate stayed unchanged. In the ready business slight downward trend was marked, which was marked at 26000 bales in price ranging from 7300 to 7500.

On Thursday activity on cotton market picked up with one day gap when major buyers decided to sideline for prices to come down, when the season resumed activity both cotton exporters and millers returned determined to cover their immediate needs to keep mills and business moving. Cotton demand is on the rise to brim with apprehension about exceptional demand from Pakistan, where floods have taken away almost ready for harvest cotton crop.In China, which had halted for two weeks lifting has resumed import orders. The spot rate was unchanged at Rs 7350. In ready nearly 36000 bales of cotton changed hands in price range of Rs 7225 and Rs 7500 phutti in Sindh was selling at Rs 3250 and 3350, while in Punjab phutti prices ruled between Rs 3150 and Rs 3300 depending on quality.On Friday cotton prices touched the all-time high mark on rising demand and hovering uncertainties about the future deals with India. KCA official spot rate was sharply higher by Rs 100 to Rs 7450. In the ready business, prices hit the new high at Rs 7650 and heading toward the new destination, some 38,000 bales of cotton changed hands between Rs 7350-7650.

The sources wondered at the report, which said ministry finalised list of 15 home textile and garment items, as they viewed it an urgent matter. What they were anxious about was the EU granted concession for made up value-added products. In earlier reports mostly raw and semi-raw material items were mentioned. Such as cotton yarn and grey cloth fabrics and such stuffs, which not only fetch much less amount in return but hit at the very textile products owing to shortage or non-availability of raw and semi-raw materials taking away the very idea about offering concession.
The extra-ordinary situation created by floods required philanthropic and compassionate urge keeping in view quick economic recovery. The 15-item list should have been more containing value-added products. No doublet beggars cant be chosers, but the providers should be aware how best to help a friendly country fallen in bad days signalling SOS (save our soul).

Talking such seems to be too early, as Union’s all states are not equally anxious to salvage the already hit-high cost of doing business textile exporters. The value-added products producers already raising voice against raw material or semi they use to turn, which with value for about eight to 10 times more forex earning. They have been protesting and appealing through advertisements. One of several grievances it carries is that “our buyers placing export orders with India”.

The Pak textile exporters had pin great hopes EU was likely to offer big trading opportunity instead what they got against (1) favour (2) in the name of unprecedented floods that have ravaged houses crops infrastructure and last but not the least, this country being front ranking against terrorism. The favour has come like ‘peanut’ in the words of some beneficiaries.The offer, above all, will mature next year if all states nod yes. The major trade offer will yield $1.3 billion in more or less three years during which EU will monitor to ensure exporters from other states do not try to smuggle their wares into Europe. Necessary strength to offer was accorded by just three Britain, Sweden and Germany out of nearly 27 forming the European Union. The bar from human rights side and from the still to wear legal attire rules etc.

Not that Pakistan government and textile exporters won’t have approached the EU for the still to be desired trade, rather, for years leaderships and officials from this country were calling for free access to the EU markets. Millions must have been spent on visiting Brussels and in correspondence and propounding qualification for the demand.The ever ready to help the EU, the report spoke pronounced that three states were in full support but France, Italy and remaining states with domestic textile and clothing industries were reticent at a time of economic stress. The garment and other made up exporters have reservations, as cotton yarn and fabrics have been profusely welcomed, while bed linen has been left out which exporters regretted.

About a fortnight back when Pak authorities along with textile exporters had returned after a talk physically in Brussels, had cautioned not to calculate the benefits the EU concession will offer. The offer has come to be made effective after 2010 end. The sources reminded that the concession was being called for months and years. Now when a considered trade benefit offer is in hand it will not start with immediate effects in view of the hard time textile exporters were forced with.In a recent report some officials have genuinely expressed the desire, without being quoted, that the EU, which finally has taken half-cooked decision to extend help, to come as quickly as possible. Apart from prospect for normal exports have dimmed, the devastating floods have rendered hard working young men out of jobs. Early came the orders, engagement for the unemployed will open merciful doors.

In this page somewhere the die-hard textile exporters have pin pointed that without improving the quality and capacity of manufacturing units would yield not tangible results in enhancing exports and creating more jobs in devastated areas particularly, what the EU finally offers after consulting hard nuts. In the meantime as suggested by an economist N. Fatima Pakistan should turn to equally major allied in war-on-terror such as Japan, Australia, Canada, South Korea and United States. The offer of the EU should be an example to approach effectively and enjoy the vast scope lying ahead.

3 MILLION BALES OF COTTON TO BE IMPORTED:

The textile manufacturers and exporters are bent upon importing, as much cotton as much – over three million bales – it seems they are looking firm to honour orders in hand or they hope to get before the beginning of 2011-12 cotton season. The growers were firmly looking to harvest 14 to 14.5m bales during 2010-11 season when monsoon rains broke heavens and devastating floods have swept away cotton crop on 600,000 hectares – around 3.5 million bales. Meanwhile, most countries where growers had succumbed to falling prices and some rich countries in spite of firm rule not to encourage protectionism through subsidy gave up sowing cotton, while shifted over some other grains ensuring.
The disappointment was taking place of hope and promise owing to belief that global recession is on way out, though limping. Since late August cotton futures have been on stride touching the size of the decade back $1.5 cents a pound. No wonder the growers are back in cotton field, but unseen and somewhat unexpected happened in this country, unprecedented floods that swept crops including cotton crop over estimated 600000 hectares.If that gap has to be filled around three million bales likely to drain out around Rs 120 billion. There is no likelihood of help in the shape of cotton nor in monetary terms. Long sought after grace is likely from EU but will that be in the interest of exporters of this country would be materialised after months