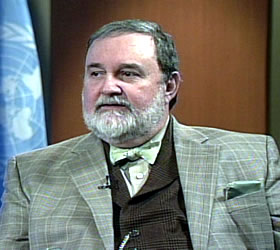 UNITED NATIONS: The United Nations has approved a massive $1.88 billion rehabilitation plan for flood-devastated Pakistan, Pakistani Ambassador Abdullah Hussain Haroon said on Thursday.The plan will cover 417 of the 471 projects submitted by the Pakistan government in the field of agriculture, community restoration, education, health and shelter, he told APP.Ambassador Haroon, who remained actively involved in the negotiations leading to the finalization of plan, said the remaining 54 projects were under consideration of experts at the United Nations Office for the Coordination of Humanitarian Affairs (OCHA).The projects will be funded from the contributions being made by member states in response to United Nations appeal for over 2 billion dollars to help Pakistan recover from deadly floods that have displaced millions of people.
Ambassador Haroon said rehabilitation work in Azad Kashmir would cost 20 million dollars. So far, the UN appeal has garnered 668 million dollars, just over 33 percent funded. The latest call for aid came last month, with the UN increasing its $460 million appeal to the 192 member states by 1.6 billion dollars – the largest in UN history – App