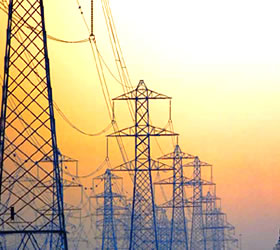 Deputy Chief Operating Officer Distribution, Karachi Electric Supply Company (KESC), Amir Zia has informed industrialists that ongoing loadshedding in industrial areas is likely to end by Friday (today). Speaking at a meeting of Korangi Association of Trade and Industry (KATI) on Thursday, he said that in any case loadshedding continued in industrial area, a schedule for the loadshedding would be announced shortly.Zia said that he would attend an important meeting of Sui Southern Gas Company (SSGC) and hoped that the issue of outstanding dues would be resolved and KESC would resume getting normal gas supply from SSGC. He said that it was not only a matter of SSGC outstanding dues against KESC but KESC also has outstanding dues against SSGC.

He said that KESC’s first priority was to end loadshedding in industrial area from where it gets highest revenue. Almost 90 percent industries paying bills on time, he noted. Chairman, Korangi Association of Trade and Industry (KATI), Syed Johar Ali Qandhari informed that industries in Korangi industrial area had suffered the losses of Rs 2 billion in the last two days due to prolonged unannounced power outages. He advised KESC authorities to resolve their financial dispute with SSGC and in the meantime use alternative fuel to run the power generating units.

He said that it was unfortunate that industries that pay bills regularly were suffering due to financial dispute between KESC and SSGC. Vice Chairman KATI, Jawed Qureshi said that industries, which were exempted from loadshedding now facing 4-8 hours loadshedding which has crippled production activities. Industries were already facing many problems due to slow economic activities, he said adding that high cost of doing business and unannounced loadshedding had hit industries adversely – Brecorder