Rapper T.I. talks man down from hotel roof in Atlanta 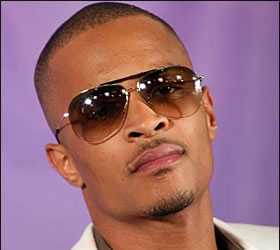 Rapper T.I. helped police persuade a man not to jump off the roof of high-rise hotel roof in Midtown Atlanta on Wednesday afternoon, police said.T.I., whose real name is Clifford Harris, talked to the man about how a person “can make it through anything,” Atlanta Police spokesman James Polite said.”T.I. just happened to be in the right place at the right time,” Polite said.Harris faces his own life crisis this week when he appears before a federal judge, who is considering revoking his probation on a weapons conviction.Police were trying to talk the man, who appeared to be about 25 years old, from jumping from the 22-story Colony Square Hotel when Harris “appeared out of nowhere,” Polite said.Harris offered to help convince the man that “life’s not that bad,” a proposal that police accepted, he said.The man, who was not identified by police, agreed to leave the roof to meet with the rapper.After several minutes of conversation, he was taken into custody and transported to Atlanta’s Grady Memorial Hospital for a psychological evaluation, he said. He was not charged with a crime, he said.

Harris and his wife, Tameka “Tiny” Cottle, were arrested on drug charges during a traffic stop on Sunset Boulevard in West Hollywood, California, last month. The charges triggered Friday’s probation revocation hearing in Atlanta.In 2008, Harris was sentenced on charges of unlawfully possessing firearms as a convicted felon. The charges came after an arrest by federal agents a year earlier while Harris was buying three machine guns in the parking lot of an Atlanta grocery store.Harris was released after serving nine months in prison and three months in a halfway house – Cnn

Wanted: A boy for Priyanka!