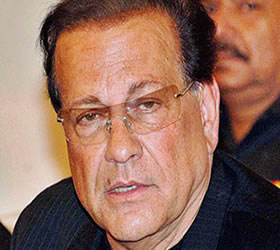 LAHORE: Governor Punjab Salman Taseer has said that Chief Minister Mian Shahbaz Sharif’s government is being run on stay order of court, while the federal government is not being given much time.He said that it is not possible to exclude PPP from the power corridors of the country through any spiritual act.Talking to media in Lahore after offering sympathies with PPP information secretary over his brother’s death, the Governor said that the appointment of NAB chief drew baseless criticism aimed at creating chaos in the country.Salman Taseer said that Rehman Malik’s sentence had to be condoned by the President of the country while Sohail Zia was released on bail despite having same charges – Sananews
He said that the judiciary is in hurry to give decisions against government but Shahbaz Sharif’s government is running on a stay order.He rapped Shahbaz Sharif for threatening long march. Replying to a question, Taseer said Kalabagh Dam is vital for the country