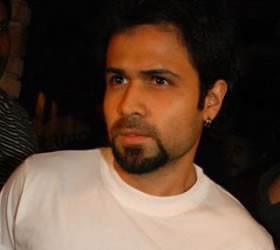 Newbie Neha Sharma, who was seen as Emraan Hashmi’s love interest in the recently released “Crook”, said she was not concerned about her co-star’s serial kisser image while giving nod for the film.”I was not sceptical before saying yes for this role. The story is most important to an actor, so when I heard the narration, I realised that it’s a brilliant film and there is no way that I’m going to miss out on this,” Neha told IANS in an interview.”As far as the kissing bit was concerned that was not the agenda in the story as far as my character is concerned. The relationship that Emraan and I portray in the film, didn’t need that,” she said.Emraan locked lips with actresses like Mallika Sherawat in “Murder”, Udita Goswami in “Zeher”, Tanushree Dutta in “Aashiq Banaya Aapne” and Kangna Ranaut in “Gangster – A Love Story”.Neha thinks that “Emraan’s kissing star image is his USP and his fans won’t be disappointed even in this film.” The actor kisses an Australian girl in the movie.The actress describes Emraan as down-to-earth person in real life.

“Emraan is a wonderful actor but when you get to meet him you realise that he is a very down to earth person. He makes you very comfortable. I never felt that this is my first film and he has done so many other films. He is very disciplined. He is always on time, never makes you wait, shows no tantrums so it was basically wonderful working with him,” said Neha.

“Crook”, directed by Mohit Suri, that revolves around the issue of racial bias suffered by Indians in Australia had an average opening when released Oct 8.Talking about her role in the film, Neha said: “I play the role of Suhani, who is a very young, college going girl, born and brought up in Australia yet very Indian in her sensibilities. She is a very strong-headed girl mostly because of the things she has been through in her life.”For a newcomer it’s a brilliant role so I consider myself very lucky. I got to play emotions, which are so complicated and diverse in the film. It was really challenging and at the same time very educating as an ac tor –  Timesofindia