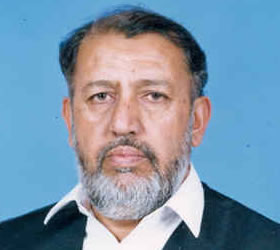 ISLAMABAD: Federal Minister for Housing and Works Rehmatullah Kakar has said the government  has embarked upon gigantic housing for all program and would facilitate public private partnership for expeditious accomplishment of housing projects in the country.He expressed these views while talking to the media in the Ministry of Housing and Works here on Tuesday.The Minister said it was the first time in the country’s history that construction of housing units at large scale were being made for the shelterless people on affordable cost.
He said the national and multinational construction and housing companies have evinced keen interest in the housing program.The Minister said Pakistan Housing Authority (PHA) and Federal Government Employees Housing Foundation (FGEHF) have been directed to gear up their efforts for further launching the construction of housing units in other areas for the benefit of the people.He said that both the organizations were working round the clock to realize the dream of “Housing for All” program into reality.
He said that PHA has already acquired land from CDA to built a model housing colony for the retiring government employees with a view to provide them housing facility as they had spent a major portion of their life in serving the people and the country.Kakar said that Federal Government Employees Housing Foundation would launch housing scheme in Bara Kahu, near Islamabad to provide housing units in large number shortly – Sananews

A mistake the police won’t forgive