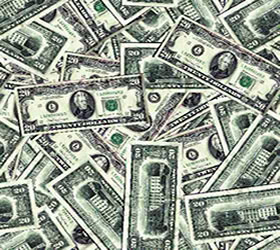 Pakistan’s power looms are still turning, sewing machines are still stitching as the country continues to turn out textiles that had been providing a livelihood for more than 10 million farming families and accounting for almost 40 percent of its industrial employment.But the massive floods that wiped out thousands of farms have curtailed the raw cotton supply. Expectations are that the reduced raw material could lead to a 30% reduction in the production of bed sheets, clothes and other goods that are sent to consumers around the world.

Pakistan has been receiving millions of dollars in international aid following the floods, however Aftab Ahmed, the Secretary General of the Pakistan Textile Exporters Association says it is not cash that is needed in this case.Ahmed said “Immediate help not in cash but in trade. The European countries, the USA, they can help us out with granting immediate market access and duty free concession to our exportable goods.”But the economic slowdown in Europe and America poses a problem. The European Union has agreed to some tariff cuts on Pakistani goods, but they are temporary. In the United States, there is a move in the legislature to create what are called “reconstruction opportunity zones” in Pakistan. These would provide lower tariffs and trade preferences in Pakistan’s violence ridden northwest. But that would do little to help the textile industry, which is centered in Pakistan’s southern regions. Even that legislation is stalled in the US Senate as the US unemployment rate hovers around 10 percent. Such proposals are also drawing opposition from the American textile and apparel industries, which have reportedly lost more than a third of their workforce since 2004.

Pakistani business leaders, like Chudry Waheed Raamay of the council of Loom Owners in the Pakistani city of Faisalabad, say it is particularly galling in light of his country’s cooperation with the US in routing out militants. Raamay reasoned “Pakistan deserves more because we are the ally of America in the war against terror and we have lost billions of rupees and thousands of lives in this war and this is the time when they should support our economy.”Other Pakistani business leaders say continuing violence in their country is simply bad for business – Voanews

Saudi Prince on Trial for Murder in London

Saudi Prince on Trial for Murder in London