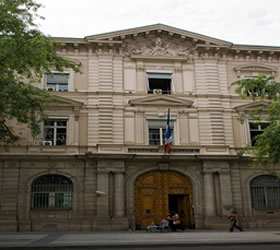 A court in France has sentenced a former bank trader to three years in prison for a massive trading scandal that cost his bank billions of dollars.The Paris court convicted 33-year-old Jerome Kerviel of forgery, breach of trust and unauthorized computer use for carrying out and covering up risky stock trades in 2008.

the bank has acknowledged there were problems in monitoring Kerviel’s work.The Associated Press reported that Kerviel will appeal the ruling – Voanews

Over 4,500 register for divorce in China ‘each day’