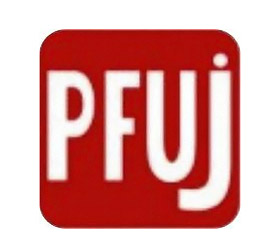 ISLAMABAD Oct 3 (APP): Pakistan Federal Union of Journalists (PFUJ) on Sunday expressed shock and dismay over the intolerance demonstrated by a group of lawyers in Lahore on Saturday. The lawyers reportedly attacked media persons, including cameramen, and prevented them from discharging their professional duties, a news release issued here said.

Reports reaching the PFUJ Secretariat said that the lawyers on the call of the Lahore District Bar Association staged a demonstration against the highhandedness of police and to condemn the torture and arrest of lawyers on Friday. A number of media persons belonging to almost all media outlets reached the spot Aiwan-e-Adl to cover the demonstration of lawyers, the affiliated of PFUJ, – Punjab Union of Journalists (PUJ), reported.

The media teams were busy in their task when all of a sudden a group of lawyers allegedly without out any provocation attacked the media team on the pretext that due to their coverage their image is being ruined in the general public.

Not only this, some of the lawyers physically assaulted the media persons and also damaged the cameras, other equipment, and destroyed the footage of events covered by the cameramen. The lawyers also severely thrashed Geo Senior Reporter Ahmad Fraiz, Geo Cameraman, Hanan Younis, City-42 Channel’s Maqsood But.
Terming this incident a direct attack on independence of media, the PFUJ regretted that torture and assaults on media persons by the lawyers during coverage has become order of the day and it was the 7th incident in a row in which lawyers physically assaulted media persons and ransacked cameras and other gadgets.

“It is universally known that the lawyers are custodians of civilizations and protectors of Law, but it is very unfortunate that the lawyers become the lawbreakers and that too against the media persons who were conventionally and traditionally always allies and frontliner in all types of struggles, especially for rule of law, democracy, and human rights,” the PFUJ’s news release read.

PFUJ is of the opinion, it is high time that senior lawyers should take serious notice of this incident to ensure conducive relations which journalists and lawyers always proudly enjoyed, in the past. The PFUJ however, expressed its surprise and dismay over the decisions of Chief Justice of Pakistan, Iftikhar Mohammad Chaudhary,  for taking suo moto notice of an incident of  torture of lawyers by the police in Lahore, adding that journalists and media persons are also at stake and they have constitutional guarantee to discharge duties in a free and fair environment.

The Constitution also demands that discrimination on the basis of race, caste, religion cannot be meted out, therefore, the learned Chief Justice should also protect the rights of media persons by taking notice of highhandedness with them by a group of the lawyers, the PFUJ argued.

With the involvement of the some lawyers in this attack on press freedom already identified by witness, there is no excuse for inaction, the PFUJ asserted. The PFUJ called upon the saner elements of the lawyers community to take serious notice of the rampant incidents of attacks on media persons and to bring to account all those who led and participated in the Saturday’s incident – APP