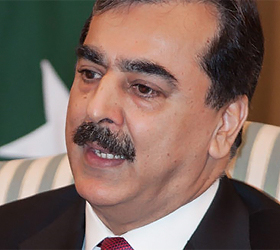 ISLAMABAD, Sept 22 (APP): Prime Minister Syed Yusuf Raza Gilani informed National Assembly on Wednesday that the government seriously tackled the petroleum shortage.Adding to Minister for Information, in reply to a Calling Attention Notice, the Prime Minister said, “there have been shortage but the government took serious note of it.”“I myself contacted the Petroleum Minister and asked him to overcome the shortage within two days,” he added.The Prime Minister said shortage was across the Punjab province and not only in the Southern Punjab as stated by the members. “But, this shortage was due to damage caused to roads by devastating flood in Sindh province.” However, he said, there was no shortage at Pakistan State Oil but at other refineries – APP