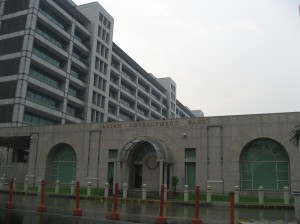 The Asian Development Bank (ADB) is expanding its Trade Finance Program (TFP) in Pakistan by an additional $500 million. This could provide around $1.5-$2 billion of trade finance to help the country cope with the immediate needs arising from the recent devastating floods as well as longer-term reconstruction requirements.

ADB President Haruhiko Kuroda announced this additional support for Pakistan at the High-Level Ministerial Meeting on the Flood Emergency in Pakistan, held today at the United Nations building in New York.

The TFP provides loans and guarantees through, and in conjunction with, international and ADB’s developing member country banks to support trade transactions in developing countries. By attracting private sector financing, and because the typically short-term trade finance can roll over, the impact of the additional funding is multiplied. In 2009, TFP exposure of $249 million to Pakistan banks supported $983 million in trade.

“The widespread flooding has exacted a heavy toll on the people of Pakistan. They will need medicines and foodstuff straight away and, later on, capital equipment to get the economy humming again,” Mr. Kuroda said. “The expansion of the Trade Finance Program in Pakistan will help ensure there are no financial bottlenecks when companies approach their banks to help import what they need to help Pakistan recover and rebuild.”

The floods along the length of the Indus River have affected 20 million people since late July. Many lives have been lost and millions have been displaced. Crops and livestock have been washed away, raising the threat of food shortages in the future, while physical infrastructure like roads, power lines, houses, hospitals and schools has been shattered.

The new TFP Flood Relief Facility for Pakistan will be split between support for the import of basic commodities – including food and medicine – and support for imports of capital equipment for agriculture and infrastructure reconstruction.

As of the end of July 2010, the TFP had supported $4.3 billion of trade transactions in Asia’s most challenging markets, including throughout the recent global financial crisis when trade finance became harder to find. Around 190 banks are part of the program, including 10 Pakistan banks. More Pakistan banks are expected to start using the program soon.

“The damage to Pakistan and its people is almost beyond comprehension. We need to look at helping Pakistan tackle this disaster from all angles and make sure that the right kinds of help are available to get the country and its people back on track,” said Philip Erquiaga, Director General of the Private Sector Operations Department that oversees the TFP.

ADB has already announced that it will extend Pakistan $2 billion to help with the rehabilitation and reconstruction work, as well as $3 million from its Asia-Pacific Disaster Response Fund for immediate emergency assistance. ADB is also currently co-leading a damage and needs assessment with the World Bank to examine what is needed to ensure Pakistan recovers. -adb