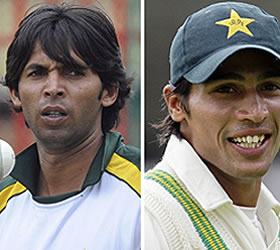 Pakistan says it has been unfairly targeted in the cricket betting scandal and will name the people behind the “sinister conspiracy”.

The country’s cricket authorities spoke out after more spot-fixing allegations were levelled at Pakistan players.

The latest is that a scoring pattern was fixed in the England-Pakistan third one-day international on Friday.

Ijaz Butt, chairman of the Pakistan Cricket Board, denied the allegations.

“We will shortly reveal the people, bodies and parties involved in this sinister conspiracy,” he said.
“We reserve the right to sue them for the damage.”

The International Cricket Council (ICC) has confirmed that no England player or manager was involved in the corruption allegations surrounding Friday’s match.

It said it was launching an investigation into the game, which Pakistan won by 23 runs.

Mr Butt complained: “We won the match and we are under suspicion. England lost, their players should be investigated.

“You don’t lose a match if you are doing fixing.

“We have co-operated so far with all this investigation but after the third ODI we get this feeling it is not a conspiracy to defraud bookies but to defraud Pakistan cricket.”

The News of the World said they had arranged for no-balls to be deliberately delivered in the fourth test against England at Lord’s.

A fourth player, Wahab Riaz, has been quizzed by police over the claims.

All deny the allegations. – Skynews