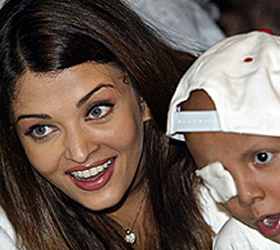 Few people know that Ash has been associated with the CPAA for some years now. She spoke about her association with the organisation ever since she won the Miss World title. Not just that, the actress also announced that she will be adopting two cancer patients for their treatment. She even urged others to do the same. Akshay, whose father battled the dreaded disease, shared his memories with those present. The actor said that he had seen his father fighting cancer with a lot of courage. But the event was not just about emotional talk. It also included many superb dance performances. The two actors too readily took to the stage at the event to shake a leg with the kids. Besides Ash and Akki, the event was also attended by Neerja Birla and model Kalpana Malviya. -timesofindia