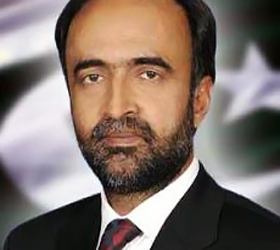 ISLAMABAD, Sept. 16 (APP) – Minister for Information and Broadcasting Qamar Zaman Kaira said Thursday that it would be unjustified to say that the list of 15 members of the National Oversight Disaster Management Council (NODMC) notified today does not include any of the names suggested by Mian Nawaz Sharif as the list certainly includes the names proposed by the Punjab Government. Talking to APP here, the minister said that after Mian Nawaz Sharif suggested the formation of the Council, the matter was discussed at the highest forums of National Disaster Management Council and the Council of Common Interests. All aspects of the Council’s structure, working and its Terms of Reference (TORs) were discussed in the meetings, he added. He said that the TORs of the council were decided after thorough discussion and with proper consensus.

The minister said that it was decided at CCI that provinces would propose suitable names of their choice for the council, which they did. He added that the Punjab Government proposed two names of its own choice which were included in the list. Thus, he said, it would be wrong to give a negative spin to the facts when all the members of the council have been notified after following its agreed upon TORs – APP
Twitter Facebook Google + Linkedin Comments