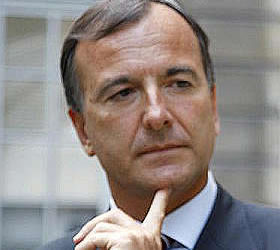 ISLAMABAD, Sept 15 (APP): The Italian Foreign Minister, Franco Frattini said that Italy was committed to inter-religious dialogue and harmony and reiterated Italy’s support to Pakistan bilaterally as well as in the context of European Union. In a meeting with Federal Minister for Minorities Affair, Shahbaz Bhatti, who is currently on official visit of Italy, the Italian Foreign Minister said that his government was particularly attached to the issue and had sponsored a European resolution on the subject.

He recalled President Asif Ali Zardari’s visit to Italy and his meeting with Prime Minister Silvio Berlusconi whereby they had pledged to improve cooperation on the rights of minorities, says a press release received issued here on Wednesday.
He expressed satisfaction that the European Foreign Ministers in their meeting a couple of days ago, agreed on the need to provide immediate access to Pakistan of European markets.
Shahbaz Bhatti briefed Frattini on the situation resulted from unprecedented floods in Pakistan and thanked the Italian government for providing assistance to Pakistan.
He underlined the need for continued Italian support during the rehabilitation and reconstruction phases. He elaborated various steps being taken by the Government to ensure the rights of minorities and promotion of inter-faith harmony particularly at the grassroots level.
He specifically mentioned the efforts for establish inter-faith harmony committees at the district level.
Foreign Minister Frattini commended the initiatives of the Government of Pakistan for inter-faith harmony and stated that these measures needs to be further highlighted.
Frattini also invited Shahbaz Bhatti to speak to a gathering of the European Peoples Party in which 15 Foreign Ministers of the of different countries would address a group of Christian Democrats parties in Europe.
Foreign Minister Frattini informed that he plans to undertake a visit to Pakistan in October to formally announce the 80 million Euro relief package for Pakistan.
On the occasion Bhatti invited him to visit a model inter-faith relief camp established near the federal capital – APP