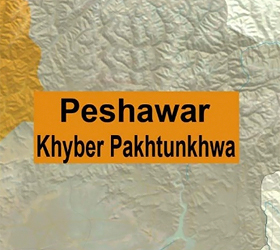 Ajmal Khan, a cousin of ANP chief Asfandyar Wali Khan, was seized by unknown kidnappers as he emerged from his residence in Professors Colony near university campus to go to his office on Tuesday morning. The armed abductors forcibly took control of his car and bundled him in before speeding away.

Following the kidnapping all the security checkpoints in the city were alerted and additional contingents of police called in to trace the vice-chancellor.

Police sources said Ajmal Khan might have been transferred to Khyber Agency via Regi area of the city.

No group has claimed responsibility for the kidnapping though it is widely believed to be the work of extremists who abduct high-profile personalities to demand release of their colleagues or for ransom.

Extra contingents of police force have been called in following the kidnapping and a search operation is on for an early recovery of the kidnapped vice chancellor, said local police, adding that all the security checkpoints in the city have been alarmed about the kidnapping.

University sources said that the vice chancellor’s house has been cordoned off after the kidnapping was reported.

Analysts say that extremist militants often kidnap prominent personalities for release of prisoners in exchange. Lashkar-e-Islam led by Mangal Bagh and other disbanded Taliban militants group have also been kidnapping people for ransom.

In Nov. 6, 2009, a vice chancellor of Kohat University, Dr. Lutfullah Kakakhel, was kidnapped by the Darra Adamkhel-based Tariq Afridi group of Taliban in the tribal areas of northwest Pakistan and was later freed on June 22 after eight months of captivity in exchange for the release of 60 arrested militants – Statesman