The change is imminent 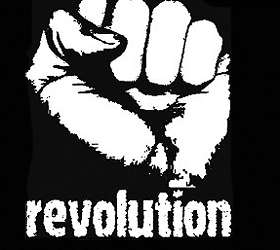 When everybody talks of a change; the change becomes imminent. This is the law of Nature. Today, every other person in Pakistan is aspiring for a change. Mass psyche translated as ‘Zubaan-e-Khalq’ (public dialect) is equated with ‘Naqaraa-e-Khuda’ (Divine beat) by wise men. Even the President declared, ‘Pakistan will emerge stronger after flood tragedy’. The question is, how? Will it be in the shape of a revolution? After all, revolution comes from a Latin word revolutio, meaning “turnaround”. This, in a way, points to a fundamental change in power or organisational structure. Aristotle described it scholastically as two types; complete change from one constitution to another; and a modification of an existing constitution.

Here comes the point of interest for us in Pakistan. In a broad term, the change could be, “any and all instances in which a state or a political regime is overthrown and thereby transformed by a popular movement in an irregular, extra-constitutional and/or violent fashion”. On the other hand, in a narrow term it could be “a revolution which entail not only mass mobilisation and regime change, but also more or less rapid and fundamental social, economic and/or cultural change, during or soon after the struggle for state power.”

The frustrated public of Pakistan are looking forward to either of them, while the educated influential are hoping for the ‘narrow’ version. But, both groups do desire a change. Maybe Altaf Hussain was also talking of the latter. Scholars like Jack Goldstone studied it in three major approaches: psychological, sociological and political. They saw the cause of revolution in the state of mind of the masses, and while they varied in their approach as to what exactly cause the people to revolt, they agreed that the primary cause for revolution is the widespread frustration with socio-political situation. Others saw, disequilibrium in resources, demands and subsystems in a society that cause revolutions. While still others saw it as an outcome of a power struggle between competing interest groups. According to them the revolutions happen when two or more groups cannot come to terms within a normal decision-making process in a given political system, and simultaneously have enough resources to employ force in pursuing their goals. Jack Goldstone further defines it as “an effort to transform the political institutions and the justifications for political authority in society, accompanied by formal or informal mass mobilisation and non-institutionalised actions that undermine authorities”.

Keeping these scenarios in mind and seeing the flow of various disasters hitting Pakistan indicate that something ugly is going to happen. For example, Mother Nature has shown its anger in the form of devastating floods. The custodians of the government are against the public by showing their oblivion towards their basic needs. The political stalwarts in opposition have not shown muscles to favour what the poor of the society really want. The judiciary seems helpless implementing its orders. The law and order is at the lowest ebb bringing sectarian, ethnic, linguistic and political groups face to face taking their revenge. The frustrated public is taking law into their own hands and show their rage by brutal killings of innocents in front of the law enforcers. To top it all, the crash of an aeroplane next door to the most sensitive areas of the country, producing suspicious theories and the stars of national cricket team putting Pakistan in a new corruption controversy.

So where does the society stand in all this? As pointed out by Orya Maqbool Jan in a talk show, the Quran talks about situation like this in Sura 6, Verse 65 in clear terms when God warns people that He “is certainly able to pour upon you retribution from above, or from below your feet; or He can divide you into factions and have you taste each others’ tyranny.” We are confronting the one from above as devastating floods and faced the one from below in the shape of massive earthquake. That leaves us with the third peril. We are already fighting with each other in certain parts of the country. It is going to erupt violently at each nook and corner when over 30 million frustrated people take the law into their own hands and attack the elite of society on the streets, in their homes and in their offices. We have seen its rehearsal in places like Peshawar, Sialkot and Karachi. I am not talking about just a chaos in a society. It will be much worse than that. Some would call it a rebellion leading to a civil war; others would label it a revolution.

Looking at things from another angle, let us trace the incident which put the nation in its present situation and the state in a certain direction. One ‘NO’ by Ch Iftikhar on March 9th, 2007 turned out to be a turning point for the country as 9/11 was for America. Things started to change from then on. We saw the emergence of; a vibrant media; a strong superior judiciary; and awakened public willing to participate. The three became a Tsunami for the corrupt elite. If we had these three elements alive; the civilian or the arm forces custodians of governments in past would not have done to the country what they did when they held power. Both abused power, adulterating the resultant democracy and corrupting the already corrupt politicians. Not anymore. Pakistan is standing at the crossroad of a big change. That change cannot be brought by the already tested lot. Bloody revolution is knocking on the door. The only alternative to such a change is to have a national government composed of; honest politicians; the upright technocrats; and the competent civilians. Let them run an interim government for one or two years on the following principles;

· Make an independent Election Commission having competent and honest judges. They don’t have to change the rules; all they need is to implement the existing rules. The corrupt practices which have been the routine in elections will disappear. We will get honest people coming to the parliament.

· Strict, fair and above board accountability by judiciary, against those who misused their powers and looted the country; be that of NROs, Defaults, SROs or any other malpractice by present or past custodians.

· Let the army keep tackling terrorism and hunting the terrorists.

· Tackle the post-flood development projects with utmost transparency and competence. Let Pakistan come out as Germany and Japan did after devastation of WWII with help of the world community. The world is willing to help us; only they don’t trust our politicians and present leadership.

· The Media should not be gagged and let it flourish becoming the eyes and ears of the poor public.

The question is how an interim national government can be installed without flouting constitution. The constitutional experts tell us that it is possible under three conditions; by declaring emergency on the face of worsening law and order situation as a consequence of floods; by invoking clause 190 and asking the army to implement constitutional orders of the Supreme Court; or by calling for a referendum on setting up a national government. For the latter, only the President is empowered to give such a call. Would he do it? What is at stake for him, he won’t. That’s where the cases, especially Zardari holding two posts being heard in the Supreme Court become so pertinent. Instead of seeing the public lava erupting, the SC would tell the president to opt for one. Feeling the pulse of the public, the new president will go for a referendum.

The democracy in Pakistan needs thorough cleansing; otherwise, the raging lava of the public sentiments is going to erupt, which will burn everything in sight; the democracy; the corrupt politicians; the shady generals; the fraudulent bureaucrats; and most importantly the failed systems. It is utterly important to understand that the change is imminent – Statesman