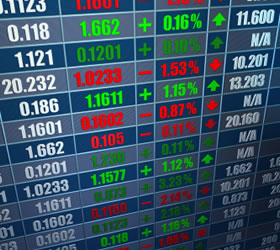 KARACHI, Sept 6 (APP): President Asif Ali Zardari on Monday called upon the investment finance companies and development financial institutions DFIs in the country to devise a plan for raising funds through stock market for building infrastructure projects in the country on build, operate, own and transfer (BOOT) basis or on the basis of build, operate and own (BOO).

The President also tasked the DFIs whose heads were called to special meeting here to prepare a workable plan in two weeks that was a win-win both for them as private entrepreneurs and to the country desperately needing to rebuild the infrastructure devastated by floods.

Briefing the media spokesperson to the President Farhatullah Babar said that the President also urged the DFIs to consider floating long term bonds for raising finances for viable projects and set up separate one-window operation counters in each DFI for this purpose.
However, raising funds through stock exchanges will regenerate the money market and also ensure wider distribution of dividends and benefits among small investors and ordinary public, he quoted the President as saying.

The President said that the infrastructure projects in highways, bridges, railways, heath and water offered unique opportunities to the investment companies while at the same time rebuild better the destroyed infrastructure. He also stressed the need for microfinance schemes to help the poor people.

Another area that needed massive investment was the housing sector, the President Zardari said adding that nearly 1.4 million houses had been destroyed in floods. The President called for setting up a task force comprising of engineers, NESPAK and the House Building Finance Corporation to workout a plan for rebuilding houses using material and technology that enabled them to withstand natural disasters.

The President said that the entire nation had to brace itself for any eventuality assuming that floods were caused by climatic change and could recur again. He said the banks, investment companies and financial institutions had a critical role to play in this regard.
“We have to extricate the people from the catastrophe and give them hope”, the President said.

The heads of the investment companies and participants also made number of suggestions ranging from the creation of a flood financing facility by the State Bank of Pakistan to marshaling of part of the Banks’ profits in the rehabilitation and reconstruction work.
The President advised them to prepare a collective plan of action in consultation with the State Bank of Pakistan which should then be brought before the Government for consideration. The blue print of the action plan should be completed in two weeks time, the President said.