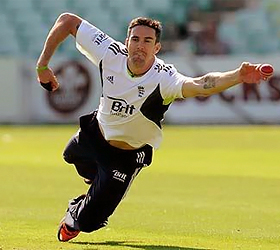 Kevin Pietersen not only had to endure the ignominy of being dropped by England for the first time in his international career, but he could face disciplinary charges for tweeting about his omission before the two one-day squads had been announced.

Pietersen, left out of both the 50-over and T20 squads, promptly removed the tweet but not before many had seen it. Last month, Azeem Rafiq’s, England’s U-19 captain was suspended from cricket for a month and ordered to pay £500 costs after a similarly foul-mouthed tirade after he was dropped from an England side.

Pietersen may escape punishment though, after a spokesman for the England and Wales Cricket Board claimed the post was a mistake, with Pietersen convinced he’d simply replied to a personal message. Later, Geoff Miller, the national selector confirmed he would be “asking serious questions” about the matter.

“I don’t like that kind of language and I don’t use that language at all,” said Miller, who also makes a living as an after-dinner speaker. “I’ll talk to KP and if he wants to apologise or thinks there is a need to apologise then so be it – I will certainly explain to him what my feelings are.

“It sounds like it might have been an accident, but not something you’d want to see and perhaps should be banned. I don’t see where the word accident comes into it.

“Writing columns in newspapers or whatever leaves a player open to making questionable statements and I see this twitter in the same boat. I’m not for it I must admit.

“My priority is the England side and it is not about individuals but about the team, so it is something I could do without. “

Pietersen has missed one-day internationals before in his 14-match career but they have been through injury. Against Australia last year, he missed all seven and England lost 6-1, though they did mostly win without him in the Champions Trophy, a tournament now seen as the catalyst to their recent one-day successes.

Sent back to the shires to resurrect his form, Miller confirmed that Pietersen’s place in the Ashes squad, named on 30 September was not in doubt.

“He is in our plans, and I fully anticipate seeing Kevin Pietersen back to the way he was when he dominated opposition attacks,” confirmed Miller yesterday.

“He will have some middle workouts with Surrey until the end of the season and I’ll reiterate that he is a world class player when he is playing well. There is still a long way to go until that first match in Brisbane with three warm-up games in Australia as well.”

With Pietersen omitted, Ravi Bopara returns to both squads while Steven Davis, Surrey’s hard hitting wicket-keeper replaces Craig Kieswetter in the 50-over squad but not in the T20 one.

It isn’t over yet ! Sindh, Punjab and Balochistan will face after-effects of heavy rains

Nadal eases through after Djokovic struggles

Nadal eases through after Djokovic struggles