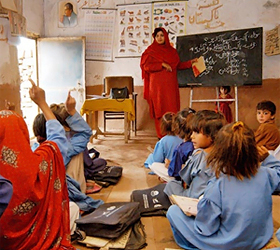 QUETTA: The recent devastating floods have washed away and badly damaged at least 980 schools’ premises in different districts of Balochistan.

According to sources in the Education Department, no repairing work of the damaged schools could be launched due to two reasons including standing of floodwaters in some areas and non-release of funds in this regard – Thebalochhal