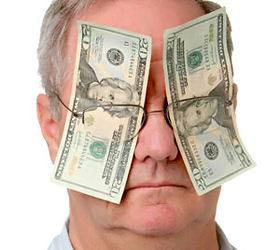 LONDON: British police questioned four members of the Pakistani national cricket team including captain Slaman Butt after allegations surfaced that gamblers fixed part of a match against England, the manager of the Pakistani team said Sunday.

The News of the World newspaper said it paid 150,000 pounds (230,000 dollars) to a middle man in return for details about the timing of three no-balls in the match, which ended Sunday in victory for England.

The report said that two Pakistan bowlers, Mohammad Aamer and Mohammad Asif, delivered the blatant no-balls at the exact points in the match agreed with the alleged fixer.

The Pakistan team manager said the bowlers and captain Salman Butt had been interviewed by Scotland Yard detectives about the allegations.

The newspaper published a photograph of the alleged middle man, Mazhar Majeed, counting wads of banknotes given to him by a reporter posing as a front man for a betting syndicate.

A spokesman for London’s Metropolitan Police told AFP: “Following information received from the News of the World we have arrested a 35-year-old man on suspicion of conspiracy to defraud bookmakers.”

Pakistan team manager Yawar Saeed confirmed that Scotland Yard detectives had visited the team’s hotel on Saturday and had spoken to Aamer, Asif and skipper Butt and took away the three players’ mobile phones.

Despite the allegations, Saeed denied that Pakistan cricket was “institutionally corrupt”.

“I would not like to say that,” he told Sky Sports. “This is the first time I’ve been the manager and we’ve been involved in such a thing.

“Yes, one has heard and one has read (allegations), but I would not like to go that far.”

Saeed, who said the tour would continue with one-day internationals and Twenty20 matches against England, revealed the players gave up their telephones to officers.

“Telephones yes, only these three gentlemen. The police have taken their mobile phones away,” Saeed said.

He said: “We got to the hotel at about 7.30pm last night and I was just settling into my room when I got a message that Scotland Yard officers are here and would like to see me.

“They said, ‘On a tip-off we want to investigate some of your players’.

“I said, ‘Please go ahead, we’ll assist you whatever way we can’.

“They were there about two hours. They spoke to three gentlemen, went into their rooms, came back and at about 10pm they said, ‘We’re through, we’re going away’.”

Saeed confirmed Pakistan held a team meeting but had not discussed the allegations in detail.  – Statesman