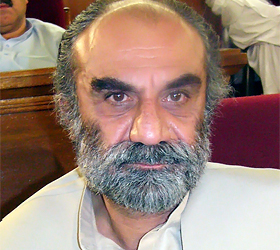 QUETTA: Chief Minister of Balochistan, Nawab Mohammad Aslam Raisani, has urged to expedite the relief operations in all relief camps set up on emergency basis across the province providing them food, clean drinking water, medicines and all necessities of life.

Presiding over a high level meeting to review the relief efforts, the chief minister said the government was facing great challenges of IDPs [ Internally Displaced Persons] who were taking shelter in Nasserabad, Jaffarabad, Sibi and Quetta in large numbers.

“ The provincial government is utilizing all its available resources to feed the affected people, particularly IDPs, with food and clean drinking water,” said Raisani.

He praised the performance of philanthropists, non-governmental organizations saying that it was impossible for the government to cope up with the situation and government without more assistance provided by the federal government.

Raisani said that after the relief operations, the second phase would take place as rehabilitation was is a great challenge and needed a hefty amount of money.

“The concerned authorities have been asked to carry out damage assessment so that the phase of rehabilitation could be started and the infrastructure is built again without further delay,” he maintained. He said that once the water recedes from the affected regions then government will take initiatives to overcome the unprecedented problems confronted with the people who lost their all belongings in flash floods.

Chief Secretary, Ahmed Baksh Lehri informed the participants of the meeting that fresh breaches occurred in Rabi Canal inundated 25 more villages in Manjishora and adjoining areas where he says relief efforts had been started.

He said according to initial assessment 1.1 million people had been displaced and also a large number of people had taken shelter from Sindh province. Cm also asked the MPAs to contribute in flood relief funds from their PRP funds and help out the affected people this time of need.

“So far 8 thousands food pickets were distributed among the affectees and food packets worth Rs 50 million, 45, 000 flour sacks of 20Kg had also been sent to devastated areas,” he said adding that adding that seven thousand affectees are living in relief camps established in Eastern Bypass of Quetta and further camps will be set up because more IDPs reaching the area. He informed that the affected people are being provided medical care and other facilities and philanthropists are also contributing in relief efforts.

Provincial Minister, Ms Raheela Durrani informed that there is dearth of clean drinking water in relief camps which need to be solved on priority basis. Chief Minister announced six filtration plants from its own funds and four from Minister Durrani.

Provincial Police Officer, Malik Iqbal also informed that police had taken a group in custody who was engaged in dumping the relief goods and sailing it open market in Sibi – Thebalochhal