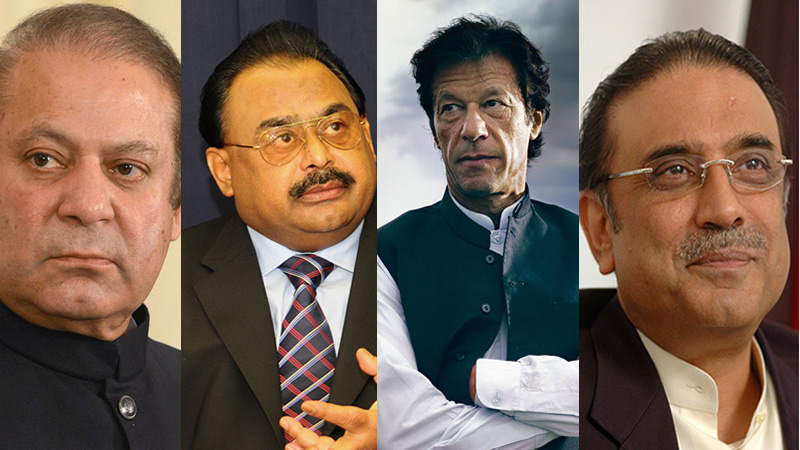 Since the inception of independence, Pakistan has been getting ruled over by different political parties but the question still needs to be answered; what prosperity have brought so far by their regimes? In the current decade, the last two parties’ rules have brought two most significant episodes; corruption and arrestments. In forgone regime, the multiple corruption cases were exposed and in this present-day regime, the arrestments of alleged politicians have made at best. Behind both these issues, the real truth is out of sight.

There were many charades in the tenure of previous government around which the veil of some good initiatives was wrapped. Fees reimbursement, laptop distribution scheme, and need based scholarships were some of the top-notch steps the government of PML-N took to a fault. (To some extent, it was the praiseworthy initiative which benefitted the students and furthered them to be in the age of technology in the bargain). It was the treacherous game played with people to distract their attention towards their due rights being robbed of. When the panama papers issue started getting oozed, the multiple corruption cases came out in the open in a progressive manner. It changed the entire course and masked off the faces of the larcenists.

During the tenure of PML-N perfidious government, Imran Khan began dispersing the hatred for the ruling party (PML-N) which exposed the people to the deceitful system of the government and played a vital role in bringing treachery out in the open. He vowed for time and again; “let me once lead the country, I will change the course at all”. His promises impressed the people and he got ahead in making them cast their votes in his favour. Thus, he attained a triumph in the elections and started governing the country.

Since Imran Khan has begun leading the government, again the same social evils are resurfacing their gruesome faces. Rise in prices is one of the top-notch prevailing problems of the country in his current tenure. He is practicing the same course of PML-N to wrap the veil of his motivational speeches around what misfits are there in his government. They (PML-N) used the veil of some good initiatives and he is performing so by a different way (motivational speeches). Continually, he is following the footsteps of forgone government. What innovation his government has brought in this current year? This is what we can call “the old liquid into new bottle”. In his government, only accomplishment which he has done is that he made successful the arrests of few politicians. This is what we can call it a drama to present something in lieu of other. This is all to mug people as if they were children.

Water shortage, imbalance of power in between civilian government and armed forces, and conflagration of extremism are on the rise which have endangered the country.  As per UN official guesstimates, by 2025 Pakistan will be facing an “out-and-out water scarcity”. His performance is all thumbs. He was making the promises to accomplish but he ran off at the mouth.

IK had guaranteed to create 10 million jobs but in turn people have been laying-off due to economic instability. Moreover, he took another pledge to build up five million homes but rather people have been seeing their houses being vandalized. “I will choose to commit suicide but will never go to ask the nations for financial aid”, he promised but he is yet busy in breaking his own promises. None of the said vows have been made accomplished. IK, simply, is an appropriate example of a catastrophic cocktail fraught with both arrogance and ignorance as well.

The economy of the country is getting crumpling up. Surge in the rate of unemployment is really a big slap on the face of government in power. In its report, Pakistan Bureau of Statistics has showed that unemployment rate in Pakistan has increased to 5.1% to 5.7%. This is a very disquieting situation about the country. Youth are down in the mouth. How can a country progress if its youth are sulky at best?