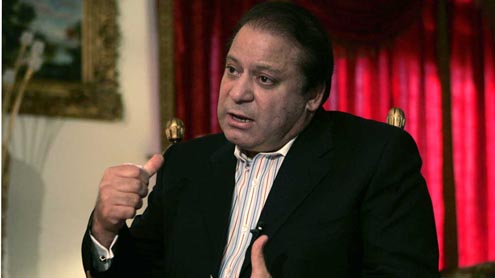 Prime Minister (PM) Nawaz Sharif’s first formal interaction with the Obama administration is about to take place, starting with a meeting with the US President on October 23, along with meetings with top administration officials, including Secretary of State John Kerry.

The two ostensible allies come together in a climate of improved relations after the horrible downturn in 2010 and 2011 over a host of issues that included the raid that killed Osama bin Laden and the bombing that killed Pakistani troops on the Afghan border. The latter incident led to the closure of the US/NATO Ground Lines of Communication for seven months. Those logistics lines are once again open and Pakistan is being praised in Washington for efforts to control the manufacture of improvised explosive devices and the recent offensive in its tribal areas near the Afghan border against terrorists. The likely agenda, from the PM’s remarks in London before boarding his flight for Washington and reports in the media, will probably focus on four major areas: drone attacks, Afghanistan, the Pakistan economy/energy, and India Pakistan relations. On drone strikes, the PM has banged the sovereignty drum again, but it is not clear that Washington will be listening without earmuffs on. There are statements from US administration officials claiming drone strikes have already petered off, but this is such a grey and unverifiable area that it is difficult to assess the claims.

Meanwhile Pakistan has confirmed to a UN human rights investigator that of the 2,200 people killed in drone strikes in Pakistan since 2004, 400 were civilians and another 200 may have been “non-combatants”. Most knowledgeable observers contend that this is probably an underestimation since the whole drone programme suffers from opaqueness and the areas hit are inaccessible to independent investigators. Pakistan argues that such collateral damage from drone strikes fuel militancy and terrorism, are therefore counter-productive, apart from the sovereignty and international law violation contention. Even if Washington takes the earmuffs off, it will likely counter by asking Pakistan how it intends to deal with its militant hotbeds on the Pakistan-Afghanistan border. To that question, Nawaz Sharif may not be able to supply a convincing answer, even if the widespread perception that his government is drifting aimlessly on the issue four months after coming to power were untrue.

A reduction, let alone a cessation of drone attacks will therefore remain contingent on Pakistan coming up with a credible plan or strategy for tackling its terrorist safe havens in the tribal areas on its western borders. Afghanistan post-2014 has the potential to pose new headaches as the US/NATO forces withdraw without the strategic pact between Washington and Kabul settled so far that would encompass residual US force levels and immunity from prosecution under Afghan law. Fears widely held by informed opinion centres on the possibility of a fresh civil war once the foreign forces depart, either in toto or all but a small residual presence. This scenario has the potential for repercussions for Pakistan too, given the notoriously porous western border.

The Afghan imbroglio is further complicated by the rivalry between India and Pakistan for influence in Afghanistan after the withdrawal. Their mutual relations, on the verge of a resurrection of the stalled composite dialogue, are once again fraught because of tensions on the Line of Control. Whether the US can play any role in easing these tensions and helping India and Pakistan to normalise their relations is an open question, since for many years New Delhi has been prickly about third party mediation, let alone intervention. The India-Pakistan-Afghanistan conundrum defies easy solution. PM Nawaz Sharif’s strong card may well be a call on Washington to help revive Pakistan’s economy and overcome its chronic energy crisis. One sign of better relations between Islamabad and Washington is the ‘quiet’ release of $ 1.6 billion in stalled military and economic aid.

After Finance Minister Ishaq Dar’s recent interactions in Washington with the IMF, World Bank and American business leaders, Nawaz Sharif will be hoping to attract US investment and other aid. The two countries are also expected to restart their stalled strategic dialogue to define (or redefine) their long-term bilateral relationship independent of Afghanistan. Since that conflict may not figure as prominently in the US’s calculus any more, Pakistan will lose the leverage of having the US over a barrel because of logistics. It remains to be seen how that redefinition will play out and how far it will go. On that outcome may hinge all the other areas discussed above. *- Dailytimes