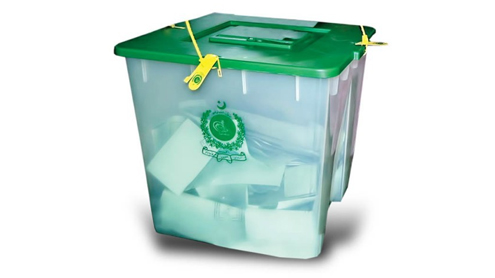 One has to be cautious while making generalisations. Any conclusion drawn from the bye-polls held on Tuesday about the elections to come would at best be a matter of conjecture.

The results nevertheless lead one to an inescapable conclusion: the strategy devised by the PPP and PML-Q was based on wishful thinking. It was simplistic to assume that by combining their respective vote banks the two allies would easily trump the PML-N.The formula was based on two assumptions which the results have made questionable. It was assumed that the popularity of the PPP and the PML-Q in Punjab has either increased or remains at the level of 2008.

The results have shown that it has in fact gone down, at least in the constituencies where the elections were held. Another assumption was that most, if not all, voters of both the parties would support their joint candidates. This too has failed to happen. The polling results are therefore likely to increase distrust between the PPP and PML-Q.

An outstanding example of the failure of the policy is NA-107 Gujrat-IV where their joint nominee lost the elections. In 2008, he had polled 69,101 votes and the candidate belonging to PPP 14,948 votes. Their combined strength of over 84,000 votes was considered enough to defeat the PML-N whose candidate had then polled 75,202 votes. One constituency after another bears witness to the miscalculation.

While the PML-Q managed to win a provincial assembly seat from Narowal, its defeat in Gujrat would lead many to question the party’s claim that the district remains its stronghold.That the PPP failed to get even a single seat in bye-elections in eight constituencies of Punjab would raise questions about its standing in the province. A party candidate in Gujranwala who polled 23,892 votes in 2008, could get only 16,492 this time. And this was not the only case of the type. In Sahiwal, the PPP could put up no candidate of its own and relied instead on a pro-PTI independent who failed to win the seat.

The PML-N’s performance was also below that of 2008. The party ruling Punjab lost two provincial seats that it had won last time. A winner running as an independent, however, announced joining the party soon after.One had hoped that those losing the elections would gracefully concede the defeat and draw the right conclusions for the future. The elections were conducted by the first independent EC. Barring minor incidents of violence and celebratory firing here and there, the polling was by and large peaceful. To call it “worst kind of rigging”, as PML-Q’s information secretary has done, amounts to putting a gloss over the alliance’s own failures. – PT