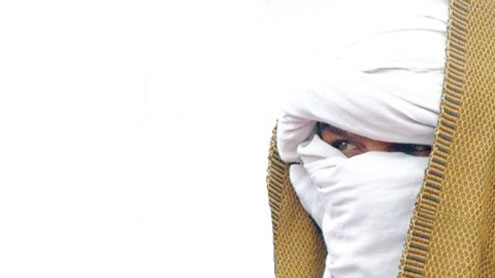 Taliban’s have tarnished Islam. Only if they could realize this, life would become much easier and comfortable for all those who are paying with their life for the disservice these self made curators of Islam are doing to their faith.

Why do they think they have the right to enforce Islam? Why do they think they are licensed to kill people for not following the injunction of Quran (if the Taliban thinks so)? Even if anybody is defying any Islamic values it is a personal matter that could only be interfered if the society is being seriously affected. Even if one feels responsible to stop others from committing a sin then it could never be in a way of a criminal, that too beheading people gruesomely. What a way to impose Islam or any religion. This is one reason why people have grown averse to Islamic norms, Islamic teaching and Islam itself.

Who is to be blamed for all this: the Taliban’s and their likes, who else. Even if the Taliban deny that they have not killed those 17 people partying at the Kajaki district, they cannot be relived of the responsibility of setting the precedent for those who have acquired the ‘Taliban’ way of killing people who they dislike. This is what the statement of President Karzai shows; the ‘irresponsible members among the Taliban, it refers to that creed of Taliban who have only learnt to be a spoiler.

Understandably what else but terror could be the reason behind killing people in a gruesome way of beheading them or cutting their throat? Even when in power their way of governance was nothing short of brutality. The worst brunt was taken by the women. They were barred from going out of their homes without a male. They were not allowed to attend schools, colleges and universities. They were stopped from working and forced to marry men they did not want to marry. It was a complete chaos. No civilization would allow its people to be treated like animals.

On the one hand they upheld Islam and the status of women in it, on the other they treat them like cows, a docile creature who can be anchored to anything. When America let NATO forces came to Afghanistan a major part of the country took a sigh of relief. They saw salvation from a religious crime that had them brutalized. Now that the time for the NATO to leave Afghanistan is drawing closer, the fear among the women, of the return of terror on them have increased manifold. They are worried about their freedom. They are worried that they might be thrown back to the Stone Age that they once were forced to live in.

How would America and the government of Afghanistan ensure respect for humanity and especially for women under Taliban dominance is a million dollar question. The world is worried over the future prospect of Afghanistan that is increasingly becoming cloudy and uncertain, once the US leaves the country. If it were to be the return of the Taliban rule then all those years, lives and resources so far spent on Afghanistan would go wasted.

Obviously the threat of Talibanization is not restricted to Afghanistan. Pakistan is equally in danger and has taken the heat of it many a times. Its soldiers were beheaded and shown mercilessly on a video as well. How many times, people had to preach these tormentors about the true image of Islam and its requirements. This reign of terror might end in a bigger calamity that even the Talibans may not have foreseen or expected. – Dailytimes