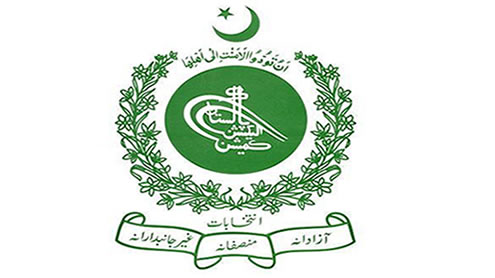 Each one of the three major parties hopes to win the forthcoming elections giving reasons of its own.

President Zardari cites the track record of his administration. The PML(N) bases its claim partly on its performance and partly on the failures of the PPP-led administration. The PTI prides itself on the impeccable honesty and the vision of Imran Khan.  Zardari whose ratings have fallen like a stone would really stun the world if his predictions were to come true. In the PEW survey published last month, the popularity of “Bhutto’s spiritual son” stood at 14 percent compared to 64 percent in 2008. Good crops and employment opportunities are cited as the great achievement of the government.

A similarly rosy picture, citing owners of millions of mobile phones and motorbikes and thousands of new cars on the road, was presented by Musharraf and his sycophants before they met their Waterloo in 2008. The country is no doubt self-sufficient in wheat and is also exporting the commodity. High prices of wheat have definitely enriched the big and middle level farmers. They however constitute a minority in the rural community. According to World Food Programme, in 2010, consumption of wheat in Pakistan fell 10 percent because people lost the purchasing power Some 67 percent of the rural landless have to buy costly wheat.

So do 18.25 percent households owning less than five acres of land and some of the 9.66 percent owning between five and 12.5 acres. So the high prices for wheat have not benefitted the common voter. The jobs to be provided by government’s “decision to increase industrialisation” are just another pie in the sky for industries are already working part time on account of power shortages and hardly any investor is willing to set up business in the country. Unlike its tenures in 1990s, the PML-N has done little that would be remembered in days to come. The “Sasti Roti Scheme” turned out to be a wastage of money and had to be discontinued. The laptop scheme has been highly controversial.

The value of the Danish Schools is yet to be determined. In the last elections, the party was confined to Punjab. With the PTI on the one hand and the PPP-Q League combine on the other challenging the PML-N in Punjab, it is anybody’s guess whether the party would get all the seats it won in 1988. The PTI is no doubt popular among the youth but suffers from the lack of winnable candidates, particularly from most of the rural areas of Punjab and Sindh. It has also lost some of its sheen by accepting a number of traditional turncoats. The only thing that can be stated with some confidence is that the country is likely to have yet another hung parliament. -Paskitantoday