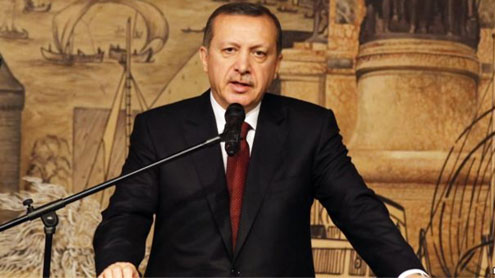 Recep Tayyip Erdogan, the Prime Minister of Turkey, is arriving in Islamabad today on a three day official visit.

The visit is in response to an invitation by Prime Minister Syed Yousuf Raza Gilani. During his stay, Mr Erdogan will address the joint session of Parliament. It may be mentioned that Prime Minister Gilani during his visit to Turkey in December 2010 addressed the Turkish Parliament, an honour only for the heads of the states. He will also co-chair the second high level cooperation council meeting. Both leaders will sign five agreements of cooperation. Turkey is currently playing a leading role in the Muslim world and in recent years has taken daring decisions including refusal to allow its air bases to be used against Iraq and Afghanistan despite being a member of Nato.

To honour his presence in Pakistan, the PML-N has decided to participate in the joint session of Parliament and suspend its on-going protest against Premier Gilani. This must be regarded as a welcome development. The Islamic organisations including OIC and Arab League being inactive, Pakistan and Turkey can bring Afghanistan and Iran on board and make a sincere effort to tackle issues confronting Muslim Ummah.

Turkey is already cooperating with us in various fields and recently, the Punjab Government entered into several joint ventures with Turkish firms. Also in his recent visit to Lahore, Mayor of Istanbul was accorded a very warm welcome in historic Shalimar Gardens by the provincial government and Lahoreites. The Turkish Prime Minister is a friend and a brother and Pakistan welcomes him warmly. – Nation