Verdict on the PM 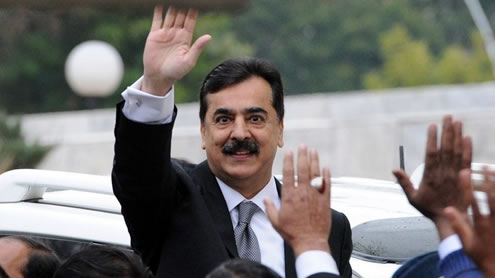 The SC verdict has serious consequences for Gilani though it is not likely to pose any immediate threat to the system. Gilani has been declared a contemner, ordered to be imprisoned till the rising of the court i.e. for thirty seconds, and disqualified from being elected for a period of five years.

As the short order does not denotify the prime minister, this implies that he would continue to act as the PM, albeit a lame-duck one, for a minimum of five months required for the disposal of his appeal and the completion of the process of disqualification in accordance with Article 63 (1) and (2) of the constitution. The PM r can meanwhile get the budget through and provide guidance in the ongoing Pak-US talks which are of crucial importance.

The verdict has dismayed the PM and the PPP but it falls short of the expectations of his opponents who had hoped that he would be given the maximum punishment and taken in handcuffs straight to jail. It remains to be seen whether the opposition is willing to allow Gilani to remain in office till the legal process is complete. Mian Nawaz Sharif has already suggested that he no more recognises Gilani as PM. PTI chief Imran Khan maintains that Gilani has lost moral justification to retain the office. Whether the opposition will confine itself to simply putting on record their position without resorting to agitation to seek his urgent resignation remains anybody’s guess. Protests against the verdict have taken place in the interior of Sindh and some of the towns in the Seraiki belt. This indicates an increase in polarisation if the two sides do not to arrest the process. In case both sides fail to discourage protests, these could diminish whatever positive trends have emerged in the economy while they may also reinforce the military’s declining role in policy making and as final arbiter.

There is a need on the PM’s part to dissuade the PPP from protests against the apex court’s decision. The opposition too would do well to let the law take its course. While the supremacy of law has to be maintained, the courts too need to consider how the law is applied without endangering the system which is the sole guardian of their independence. – Pakistantoday

The unbeatable power of faith in God