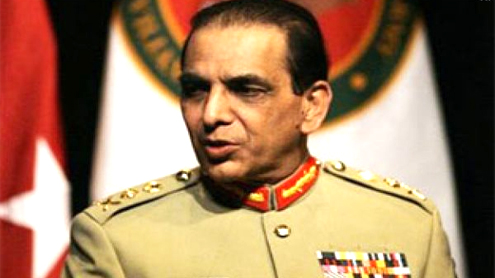 Apropos of nothing, the army chief said the other day that the defence budget is around 18 percent of the federal budget, not the gargantuan 70 percent that people usually think.

Now, none but the criminally hyperbolic – or pathologically innumerate – believe that the defence budget is actually that much of the total budget but the chief’s 18-is-less-than-70 argument is as solid as tautologies come.Eighteen percent is a large chunk. Too much for a poor country to be spending on toys for the boys. This is taking the statement at face value. This is not mentioning the fact that certain expenditures that should have been a part of the defence budget are not officially brushed under that head. The military pensions, for instance, have been counted in the civil budget since the Musharraf years. This is also not arguing for the fact that the defence expenditure’s proportion should not be calculated in comparison to the total outlay but in comparison to the total disposable income i.e. what the exchequer is left with after it sets aside money for debt servicing. The measly eighteen becomes a much larger percentage when viewed from that, more rational, lens.

More distressing than the huge budget is the fact that it is not subject to the scrutiny other expenditure is. After much brouhaha, the various heads within the defence budget were also displayed as a part of the finance bill for the fiscal year 2011-12. But that doesn’t really cut it, does it? Each division within the federal government has a principal accounting officer, a post held ex-officio by the divisions’ federal secretary. This is in addition to the other accounting personnel that the latter heads. Then there is the external scrutiny by the audits and accounts service, the gamut of the public procurement regulations and what have you. The minute the press gets wind of any misappropriation, the concerned standing committee can order not just a sitting minister or his federal secretary but any officer down the scale to appear in front of it.

All that is missing in the armed forces because of strong “internal accountability.” If generals at the Pentagon can appear before junior civil bureaucrats, what to speak of congressmen, if war heroes in military juggernaut Israel can be called up to explain something in the committees of the Knesset, what ails us? But in no way this means that we don’t have to increase our budget under this security paradigm, sheer imbalance with the Indian armed forces and the Afghanistan issue being the main contributory factors. Nevertheless, it won’t hurt to change our present security paradigm for a better and more cost-efficient one.Perhaps when there is an actual audit of skills, preparedness and protocols, we can find ways of maintaining the same level in the aforementioned at a much lower cost. _PT