by ToP
in Editorials
3 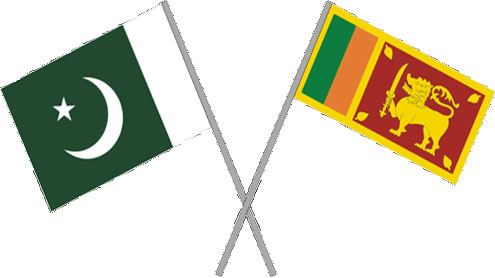 Sri Lankan President Mahinda Rajapaksa’s visit to Pakistan has been a success for enhanced bilateral ties between the two South Asian countries.

Three memorandums of understanding (MOUs) were signed between Pakistan and Sri Lanka pertaining to trade, media and technical education. The joint statement said, “Both sides agreed to hold frequent summit-level meetings, promote parliamentary exchanges and enhance the process of consultations, cooperation and coordination between their respective institutions.” The MOUs were reflective of the field of cooperation, especially trade, which was given a significant importance in the bilateral talks. According to the joint statement, both sides expressed their satisfaction on the work of their Joint Economic Commission “in taking all requisite steps to enhance a two-way trade.

It was agreed to make special efforts to increase the bilateral trade to over $ 2 billion by 2015”. This is indeed welcome given that the State Bank of Pakistan’s report on the economy for the February-March period looks quite dismal. The State Bank stated that the “basic challenge faced by Pakistan’s economy is financing its fiscal and external current account deficits” and it expects “the average inflation in FY12 to remain in the range of 11 to 12 percent, which implies an uptick in inflation in H2-FY12”. It is in this context that the increase in bilateral trade between Pakistan and Sri Lanka is a good omen.

Our reliance on the western markets is dictated by the fact that they are the most developed but it would be a big success for us if we tap into complementary economies like that of Sri Lanka’s. Not only are both our countries members of SAARC, we have always had excellent cultural, sporting and political relations even in the worst of times. Now that both countries have pledged to cooperate in the fields of education, science and technology, healthcare, agriculture, tourism, sporting contacts, cultural exchanges and people-to-people contacts, Pakistan should make sure that the relations between the two sides should be strengthened.

Sri Lanka has always been very helpful and its people have always shown warmth towards Pakistanis. When the Sri Lankan cricket team was attacked by terrorists in Lahore in 2009, the Sri Lankan team, media and authorities dealt with the situation in a mature way. Pakistan had also sent its cricket team to Sri Lanka in the 1990s when the civil war was at its peak in Sri Lanka. Now Sri Lanka is on the path to rehabilitate its economy after the end of the civil war and we should emulate its example.

The war on terror has wrecked our economy and unless the scourge of terrorism is eliminated from our soil, it would be tough to put our economy back on the right track. We should learn from Sri Lanka because it is on the way to mending its economy after decades of civil war.Bilateral ties between Pakistan and Sri Lanka would also give a boost to SAARC, an organisation that has suffered a lot because of the Indo-Pak rivalry, but if the full potential of SAARC is ever realised, it would give organisations like the European Union (EU) a run for their money. – Dailytimes