by ToP
in Editorials
1 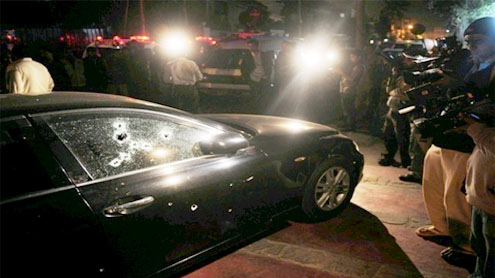 The killing of Balochistan MPA Bakhtiar Domki’s wife and daughter in Karachi was a highly sensitive issue.

Domki’s wife was Nawab Akbar Bugti’s grand daughter and the sister of the Baloch insurgent leader Brahmdagh Bugti. This required an immediate high level probe and an action against those responsible. What the police did instead was to try to hush up the matter by hastily declaring that the killings were a probable outcome of tribal feuds or personal enmity. The incident led to a three-day strike in Balochistan. The Provincial Assembly passed a resolution condemning it. A prominent tribal MPA complained that even the women of the Bugti family were not being spared.

The firing by FC personnel on a demonstration of the Domki tribesmen on Friday led to the death of two. This would add further to the tensions and may even lead to reprisals. What is happening is against the government’s policy and the sense of the parliamentary consensus requiring the initiation of peace dialogue with the militant leadership. What appears to be the case is that hidden hands are creating conditions to abort the peace moves. Hopes have been aroused by the orders given by the CJP to arrest those behind the killings by Friday. The CJP has also declared the incident as “one of the most sensitive cases in the country”.

Repressive methods to control insurgency have turned what was only a spark into a flame. During the last few weeks, five incidents of attacks on FC have led to the killing of about 50 security personnel and several insurgents. There is a need to conduct a thorough probe into Karachi killings and punish those behind them. The government has to urgently undertake talks with the nationalist parties and the militant leadership to bring peace to the province. This has to be done before the flame is turned into a conflagration. – PT

We are all under Tel Aviv’s feet