Of ‘options’ and contradictions 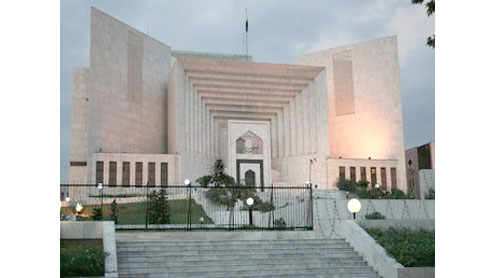 In an unprecedented move, the Supreme Court’s five-member bench on Tuesday gave six options to the federal government on the non-implementation of its December 16, 2009 order on the National Reconciliation Ordinance (NRO).

Looking at the six ‘options’, it seems as if the apex court, in its ire at what it sees as the government ‘defying’ its NRO verdict, has gone beyond its judicial purview. It is very strange that the order gives six options but does not specify who is to do what. Can the court ask the government to act against itself, as it has done in the first option whereby the president, prime minister and the law minister may be disqualified for breaches of their oaths?

By invoking Article 62 and 63 of the constitution — absurd provisions introduced by a despotic military dictator General Ziaul Haq — the honourable court has opened a Pandora’s box. A constitution that sets the standards for moral behaviour for parliamentary representatives can never be implementable in principle. It is for the electorate to decide whether the performance or character of its chosen representative merits continuance or return to the assembly or whether he/she should not be elected again. Supremacy of the people and their will is the basis of the democratic principle.

It is quite unfortunate that principles are conspicuous by their absence in Pakistan and even when they are enunciated, they are used in a partisan manner. This is the reason why no principle can stand in this country.As far as the president’s immunity is concerned, it is not comprehensible why the Supreme Court is asking that he should approach the courts for it when the constitution is quite clear about it. According to Article 248: “(2) No criminal proceedings whatsoever shall be instituted or continued against the president or a governor in any court during his term of office…(3) No process for the arrest or imprisonment of the president or a governor shall issue from any court during his term of office.”

The Supreme Court is within its rights to serve contempt of court notices to whoever it deems fit, but whether contempt has been committed by the prime minister, law minister and law secretary is arguable given the immunity clause in the constitution. Even the Swiss authorities are not willing to open the cases as they have indicated time and again. As far as the NAB chairman’s removal is concerned, what has he said or done to attract this option? He has only stated that it is not within NAB’s purview to go after his predecessors.

The most interesting option is the last one where the court seems to be directing itself to exercise judicial restraint and allow the people and/or parliament to decide the fate of this government. That seems to be the only wise course. Given option number six, the first five options do not make much sense. All institutions of state should work within their parameters instead of going out of their way to step on each other’s toes. – Daillytimes

End of a political era

End of a political era