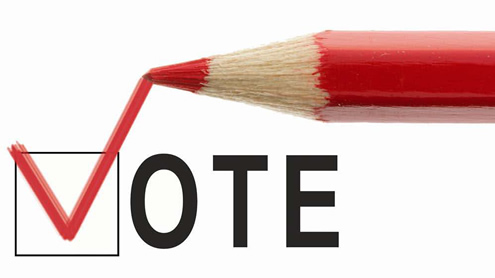 It seems that 2012 will be an election year, or at least that is what the Pakistan People’s Party (PPP) government is hinting at. The PPP’s core committee met with President Zardari and Prime Minister Gilani on Thursday and decided to mobilise people and hold rallies and public meetings throughout the country. According to reports, the PPP has decided to hold the Senate elections in mid-February.

“Under the constitution we can hold Senate elections any time within one month before March 11,” said Leader of the House in Senate Nayyar Hussain Bokhari. Whether the Senate elections are held in February or March, the results would not be any different and the PPP and the PML-N will be the two main parties to gain from the Senate polls. Once the Senate elections are out of the way, the PPP can decide to hold the general elections early, most likely in October this year. A neutral caretaker setup will then be announced.

The Pakistan Muslim League-Nawaz (PML-N) and the Pakistan Tehreek-e-Insaf (PTI) have already been making noises about an early election. The PML-N even threatened to start an agitation but maybe it is having second thoughts about its ‘plan’. There are a number of reasons for this, most notably that the PML-N tried to test the waters by holding rallies but it was not able to get the desired numbers for starting an agitation movement. Another reason could be that though there are some issues like rising inflation, gas and electricity load shedding, petroleum prices, etc, on which it could get people out on the streets, the results of such anarchy could result in the destabilisation of the system and would inadvertently help the forces waiting in the wings. In order to allow the democratic process to continue without destabilising the government, the best option appears to be to have an early election. Since this is a demand from all quarters, the PPP government is now considering this option, as is its prerogative in any case.

In a way, this could also help the PPP. The incumbency factor goes against all sitting governments, especially in Pakistan, but despite the rise of Imran Khan and his PTI, political judgement leads many to believe that the results would not be very different (give or take a few seats) from that of the previous election. Those who are waiting for some sort of ‘change’ might be in for disappointment. Despite the fact that the PPP-led coalition government has been criticised for misgovernance and not performing as well as it could have, the results of the next general elections would not be phenomenally different if we keep the arithmetic of parliamentary politics in mind. Besides, the next elections were to be held in early 2013 in any case, so six months would not make much of a difference to the mainstream political parties.

The PTI will gain seats in Punjab probably at the expense of the PML-N and some seats in Khyber Pakhtunkhwa, but the only party with a presence in all provinces of Pakistan is the PPP. Who forms the next government, only time will tell but there will probably be a hung parliament again with the PPP getting the most seats in the general elections. * – Dailytimes