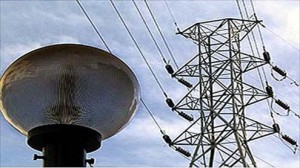 Pakistan faces around 4,500 MW of shortfall in electricity. This is quite serious given the fact that in recent years, increased load shedding has led to many businesses closing down, not to mention adding misery to the lives of common citizens. Now there is another looming crisis on the horizon. Nine independent power producers (IPPs), with 1,800 MW power generation capacity, have served notices on the government and the Central Power Purchasing Agency (CPPA) to revoke sovereign guarantees on default of payment amounting to Rs 31 billion. Apart from the nine IPPs, the rest of the power plants are about to serve notices on the call of sovereign guarantees due to the circular debt issue. The IPPs are charged by the power purchaser, in this case the CPPA, if they “do not provide electricity in case of non-provision of fuel”. Now if the IPPs cannot produce enough electricity as per their agreement due to not having the purchasing power for fuel and/or non-availability of gas, this penalty is a result of force majeure. The circular debt creates further trouble as one end of the chain owes money to the next. IPPs Advisory Committee Chairman Abdullah Yousaf said, “IPPs are running on day to day basis with monthly billing to PEPCO amounting to Rs 56 billion. They are receiving 50 percent amount.” When the IPPs are recovering only 50 percent of the amount, they are obviously not able to pay their debts to the fuel companies in order to keep their power plants running. Add to this the government’s inability to pay Rs 31 billion and the situation looks grim.
The Sui Northern Gas Pipelines Limited (SNGPL) had served notice on these IPPs to suspend fuel supply from August 28 due to shutting down of the Qadirpur gas field. Now it looks like the people of Pakistan might have to spend their Eid in darkness due to the government’s incompetence. The threat of a power shutdown should not be taken lightly by the government, which is at fault in many ways. It must be noted here that one of the reasons why PEPCO is only giving 50 percent payments to the IPPs is because the government departments are the biggest defaulters when it comes to paying electricity bills. When this happens, the cash flow cycle breaks down. Those who are hit hard are the private electricity consumers who, in any case, pay most of their bills on time because the power suppliers are quick to cut off their connections in case of non-payment. As far as the public sector is concerned, the power suppliers are reluctant to cut off their connections but this luxury can no longer be afforded. The public sector should be treated in the same manner as the private sector. Due to the public sector’s default, the entire power sector is grinding to a halt. There is no room for manoeuvre any more.
The government should first pay at least the minimum amount of money being demanded by the IPPs in order to continue the supply chain. It is in the interest of the government itself to tide over the crisis. Second, the government should make sure that the public sector pays its bills regularly and bring about proper reforms to ensure such defaults do not recur. Pakistan’s economy has already suffered billions of rupees worth of losses due to the electricity shortage. We cannot afford an electricity-less country. – Daily Times
Previous Post