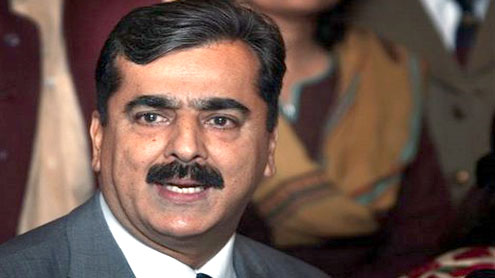 Amid the internal challenges facing the ruling coalition in Sindh, with the ANP refusing to participate in the cabinet meeting presided over by Prime Minister Gilani on Monday and the MQM, a potential candidate for rejoining the coalition, calling upon Mr Gilani to resign, if he was unable to restore calm in Karachi, the provincial government took certain decisions on Tuesday, purportedly with the aim of reducing the chances of trouble erupting in the metropolis. For instance, the number of entry points to Karachi is being reduced, all buses entering it to be searched for weapons, which, it is maintained, come from other provinces. Strict action against the extortionist mafias and troublemakers is on the cards.

Strange as it may sound, however, they have also been offered, it seems, a safe exit, as they have been asked to leave the city and go elsewhere, as if giving them the freedom to start their deadly business in other parts of the country. In another handout issued later, the Sindh government has asked both the extortionists and troublemakers to stop their activities.Undoubtedly, these are half-hearted measures and smell of a partisan approach, while solution calls for a purely non-partisan combing of the city for weapons and the mafias and its administration by equally non-partisan officials. The measures announced, however, might have persuaded the traders, who have already suffered huge losses, to open their shops and the badly-hit transporters to ply their vehicles again.

The strong exception that Minister Zulfiqar Mirza took, in the presence of Mr Gilani at the cabinet meeting, to Interior Minister Rehman Malik’s “interference” in the provincial matter of law and order – a view to which, reportedly, the entire Sindh cabinet subscribes – points to the lack of consensus between the two vital actors charged with calming down the situation. As Dr Mirza believes that the MQM is primarily responsible for the mayhem, his accusation that Mr Malik is acting as a spokesman of the MQM is quite meaningful and suggests how far apart the provincial and federal government are in their perception of the trouble and, as a result, the solution in the mind of at least one of them is bound to misfire.

The Prime Minister rejected outright the demand for the army to intervene that is being voiced not only by many political parties but also the business community and people belonging to different strata of society. The truth, however, is that the army is already there in Karachi in the form of rangers who are nothing but an extension of it. The mystery is that, while the city is continuously bleeding, the rangers are operating without their proper head i.e. a Major-General, who left office months ago, and the temporary charge-holder being junior in rank would certainly be handicapped in taking crucial decisions. The rangers are in several ways even better suited to Karachi than the army. They are by now familiar with the routes of the city, the hideouts of troublemakers and even know who they and their sponsors are, thus making it easier for them to put an end to the evil. That is not the case with the army. – Nation