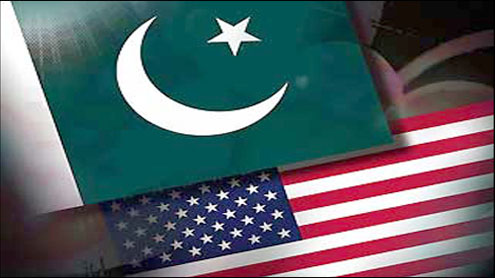 According to a report published in the Wall Street Journal, “The White House has started awarding billions of dollars in security assistance to Pakistan conditional on whether Islamabad shows progress on a secret scorecard of US objectives to combat al Qaeda and its militant allies and ease tensions.”

The US recently suspended $ 800 million in military aid to Pakistan. The reasons are quite simple. The furore in Pakistan after the Raymond Davis affair and the Abbottabad raid led to stricter visa restrictions for US officials, removal of American trainers from Pakistan and a controversy regarding the movement of US diplomats.

On the one hand, the Raymond Davis affair and Abbottabad raid fuelled anti-American sentiment in Pakistan and on the other the aftermath of these events irritated Washington. Following the May 2 raid, the US Congress questioned the rationale for opening its purse strings when it came to Pakistan’s military. For the first time, the US adopted a nuanced policy and did not touch civilian aid. The US needs to forge a relationship with the people of Pakistan instead of keeping it limited to dictators or the ruling elite. If US aid can improve the quality and standard of life of the people of Pakistan through development in the social sector, it would help quell anti-Americanism in the country.

US officials may deny the report related to conditional military and security aid, but it is hardly surprising. We have been predicting that the Pak-US relationship has gone into a nosedive due to Pakistan’s dual policies. US officials question Pakistan’s reliability and do not want to reward our military for its duplicity. Neither side has been able to paper over the cracks and repair the ruptures in the relationship. The condition of civilian supremacy over the military in the Kerry-Lugar-Berman Act is now being followed in spirit by the US policy-makers.

As far as the war on terror is concerned, there was a dichotomy of interests from day one. General Pervez Musharraf took the Americans for a ride but his friend George Bush ignored it. This dichotomy still persists. Far from helping things, it has led to worsening the ties but both sides realise what is at stake. Thus in private both sides are trying to salvage whatever they can of this relationship since there are huge stakes for both Pakistan and the US.

The US is running out of time as the endgame in Afghanistan nears. They need to inflict maximum pain on al Qaeda in a limited time and reduce its capabilities. The US needs Pakistan to bring Mullah Omar to the negotiating table and act against the Haqqani network. Pakistan stands to lose far more than the US if it does not deliver because of the unequal relationship and our dependence on American aid. Therefore, we need to review our support to groups like the Haqqani network to assuage American mistrust and ensure cooperation with the US continues. A pragmatic and rational approach is required if terrorism is to be defeated and peace restored in the region. – Dailytimes