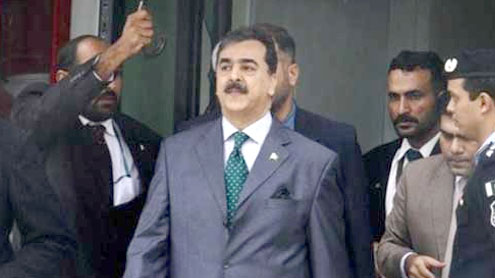 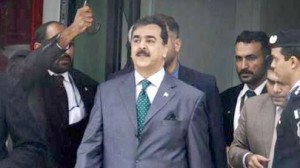 Prime Minister (PM) Yousaf Raza Gilani, while addressing a public rally in Multan, said his government would safeguard the rights of all the country’s institutions and at the same time not allow anyone to meddle in the government’s or parliament’s affairs. This statement, although on the face of it unexceptionable since the constitution lays down the purview and separation of powers of all state institutions, takes on new meaning in the context of the executive and parliament’s troubled relationship with the judiciary, which has found new issues and expression of late. For example, the short order of the Supreme Court (SC) declaring the appointment of Justice (retd) Deedar Shah as NAB chairman invalid evoked a strong reaction from the PPP in Sindh, including a strike and incidents of violence. The SC has since asked the authorities for a report on these events and questioned what if any action under the law has been taken or is contemplated against the ‘disruptionists’. Meanwhile there are reports that President Asif Ali Zardari’s desire to reappoint Justice Deedar may run up against the rock of the latter’s reluctance to offer himself for further controversy in this regard.The PM also announced at the same rally that a Seraiki province would form part of the PPP’s manifesto for the next elections, whenever they are held. There has been some agitation of late in south Punjab, informed by demands for a Seraiki province as well as the restoration of the Bahawalpur State, merged into West Pakistan when One Unit was imposed. The PM’s proposed inclusion of the Seraiki province demand in the PPP’s manifesto for the next elections can be read as an attempt to kill two birds with one stone. On the one hand, when the largest mainstream party adopts the demand, it steals the thunder of the Seraiki nationalists, while on the other it further helps to consolidate its grip on its traditional stronghold in southern Punjab. Depending as this grip does on a feudal or large landowners’ political base, the proposal poses intriguing questions about whether this elite of south Punjab has swung over in favour of a Seraiki province.

Meanwhile, reiterations of the policy of reconciliation from the highest to the ordinary in the ranks of the government and the PPP notwithstanding, the political heat is rising on the national horizon. Leader of the Opposition in the National Assembly Chaudhry Nisar Ali Khan and Federal Law Minister Babar Awan have indulged in a war of words, both levelling charges of ethnic/provincial bias against each other, and Awan going so far as to suggest that Nisar’s antics may well end up with the Sharifs being sent back to Jeddah. President Zardari, in the role of the good cop, has advised his Sindh Central Executive Committee members to speed up the proposed All Parties Conference to discuss the problems of the country, in the hope that this broad political consultation may help the government to take all or most political forces along in its efforts to grapple with the serious issues confronting the country. The president has also reached out once again to Nawaz Sharif to cool down the rising ire between the two erstwhile allies. Nawaz’s response can only be politely described as cool. The president has been bending his back to keep the MQM within the fold of the ruling coalition in a series of meetings in Karachi, whose outcome is still not clear.

In a return to the well known adage of no permanent friends or enemies in politics, the PPP has offered cabinet seats to the PML(Q), in a dramatic reversal of the PPP and the president’s own condemnation of the party for its role in the assassination of Benazir Bhutto. Rumblings of dissent in both parties against this joining hands with yesterday’s ‘foes’ notwithstanding, the move can only be interpreted as the PPP’s insurance policy against the weakening and threat of disintegration of the ruling coalition, which has already lost the JUI(F), is arguably on the verge of losing the MQM at the Centre and in Sindh, and has been unceremoniously dumped in Punjab. In love and war, it is said, all is fair. The increasing bitterness creeping into the national political discourse suggests that ‘war’, not love, is imminent – Dailytimes