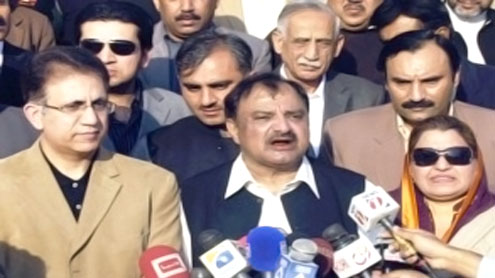 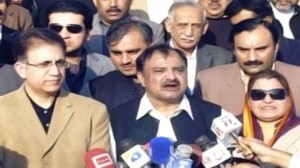 In the days of old when lotas were originally invented, they were not of the flat-bottomed variety we find today. They had a curved base that, once you were finished with your private business, would be put down only to roll around in almost any direction. Much like those lotas of old, we find that our politicians of today are amply round bottomed and give in to rolling wherever the political winds blow. It is because of them that the Punjab Assembly (PA) came close to resembling a circus the other day, with those who felt aggrieved by the political lotas crying foul.

The PPP, in its debut appearance in the PA as part of the opposition after being unceremoniously ousted from the Punjab government, joined the PML-Q in chants of “lotas” directed at the PML-Q Unification Group who joined the PML-N to send the PPP packing. The PPP has now taken to its role as the opposition in the PA and opposition leader Raja Riaz could not complete his maiden speech as the new Leader of the Opposition for five hours during which the exchange of verbal brickbats between the treasury and opposition benches continued. After these unedifying shenanigans, our political representatives hitched things up another ludicrous notch by partaking in a lota football match outside the house. Although one does not typically get to see political personalities indulging in such buffoonery, we really can do without these sorts of stunts.

Pakistan is in a state of chaos. A critical food shortage looms, with inflation shooting up the prices of necessary goods. Basic needs go unfulfilled as we hardly have any electricity, gas and water to fuel our daily lives. Our politicians have completely forgotten about the hundreds of thousands of flood victims who still lie in relief camps without necessary amenities. We are infected with terrorism and jihadi parasites. Instead of finding viable solutions to these and many other problems, our representatives have brought the political culture to a new low as they idle away their time and our tax money in acts that would make stage dramas proud.The verdict is still out on the fate of the PML-Q Unification Group and its merger with the PML-N as the Election Commission has yet to address the issue. Our assembly members should get on with their job and find solutions for the state of the country instead of the distraction of playing political football with each other – Dailytimes