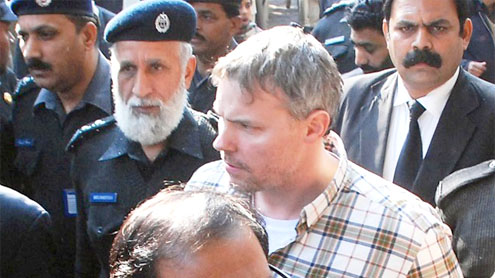 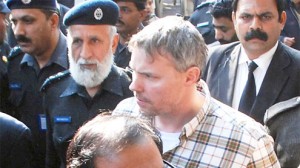 RAYMOND Allen Davis, CIA agent posing as a diplomat, is guilty of directly killing two Pakistanis and indirectly killing two more, a motorcyclist and the wife of one the victims, who committed suicide. Unfortunately, the US insists that RAD be released immediately since he has diplomatic immunity and has suspended the trilateral talks as well as the strategic dialogue. This plea of US requires to be returned to the US in the same coin i.e. Pakistan should take a stand that unless and unless and until US abolishes its intelligence networks in Pakistan, hands over the remaining culprits of Davis case, rectifies its visa policy and stops anti Pakistan activities in Pakistan, the relations between US and Pakistan cannot come to a normal. Unfortunately, Pakistan and the US who started off as allies in the war against terror have fallen apart because of a trust deficit. Though the US has had misgivings regarding Pakistan playing a double game, that is running with the hare and hunting with the hounds, RAD case has exposed that it was CIA, which has been playing a double game.

The US State Department has been urging Pakistan to “Do More” and that ISI had links with the Taliban. It has come to the fore that RAD was the one, who had cultivated relations with the Taliban and Al-Qaeda and there was secret collusion between him and the Tehrik-e-Taliban Pakistan (TTP). Now the TTP has been working against Pakistan, targeting the armed forces, law enforcing agencies as well as civilians. Pakistan’s two times Prime Minister and popular political leader Benazir Bhutto and other political leaders have been brutally murdered and TTP has taken credit for the slayings. This tends one to conclude that RAD and his compatriots have been in cahoots with these enemies of the state. It is anybody’s guess how many more RAD clones are masquerading as diplomats and are engaged in inciting aggression in Pakistan.If Pakistan retaliates in the same aggressive tone, it would be the endgame for US and Hamid Karzai.

The US does not take cognizance of the factor that the Soviets were defeated in Afghanistan because of Pakistan’s help. If the US is to succeed, Pakistan holds the key. With Iran aspiring for a US defeat in the quagmire of Afghanistan, with the Uzbeks holding major posts in the Taliban forces and India playing a double game in the region, the US goose is cooked. Pakistan’s feeble and battered economy has been propped up by the IMF and the crutches of US largesse mainly Kerry-Luger-Berman pronunciations may be carrots held out before the starving nation. However, this will not hold fast against public outrage, which may forget their bread and butter but retaliate ferociously if Raymond Davis set free unconditionally. The Afghan led reconciliation efforts and other strategies clandestine as well as public like involving the Arabs, will bear little or no results without Pakistan’s contribution. The sensible course would be to come clean on the RAD affair, withdraw the CIA moles in Pakistan and the civilian contractors, give Pakistan the respect, which is its due and involve Pakistan in the reconciliation process and stop blaming it unnecessarily for all of the US woes in the region and relieve the umbrage – Dailymailnews