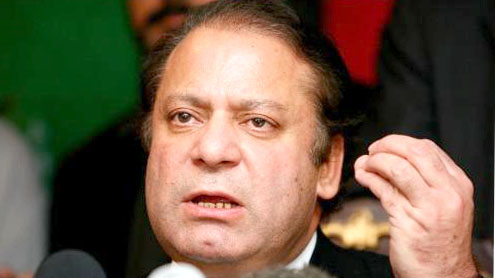 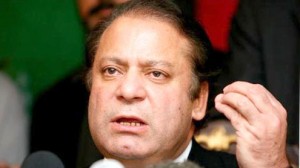 When the Charter of Democracy (CoD) was signed between Pakistan People’s Party (PPP) leader Benazir Bhutto and Pakistan Muslim League-Nawaz (PML-N) chief Nawaz Sharif back in 2006, both parties decided to adopt a policy of reconciliation. The PPP and the PML-N played a game of musical chairs from 1988-99. We witnessed four governments during these 11 years — two terms for the PPP and two for the PML-N. Both parties were not able to complete their five-year term even once. In the end, the military got rid of Mr Nawaz Sharif’s last government by toppling it. That was the end of a democratic era in Pakistan for nine long years. When the PPP formed a coalition government after the 2008 elections, it adopted a policy of reconciliation in the same vein as had been envisioned by the party’s late leader, Ms Bhutto. Prime Minister Gilani was unanimously voted to lead the government. The PML-N initially joined the federal government apart from forming a coalition government in Punjab with the PPP. Both coalitions came to an end; the PML-N left the coalition at the Centre quite early but ousted the PPP from the Punjab government only recently. Mr Sharif has now vowed that his party will not play the role of a ‘friendly opposition’ anymore and will take a hard stance on the government’s failures.It is in this backdrop that Prime Minister Gilani has once again expressed his government’s desire to ask all parties to join hands together in order to discuss and find a solution to the security and economic crisis our country is facing. As far as the economic issue is concerned, there is no denying that this government is not the root cause for our situation. General (retd) Musharraf and his so-called economic ‘wizard’, Shaukat Aziz, are far more responsible for our economic mess than anyone else. The economic mismanagement in the previous regime broke all barriers. On top of it, the global financial crunch created further problems for the PPP-led government. But the incumbents should not blame everything on the previous regime and the economic meltdown worldwide for our economic woes. This government too has not been able to manage our economy as well as it could have under the circumstances. Allegations of corruption against the government are at an all-time high. International donors are not willing to bail us out because of these allegations.

The IMF’s programme has now basically come to a standstill after the RGST fiasco. Even though the RGST is a step in the right direction as it will lead to documentation of the economy, the PPP did not do enough spadework on it and were not able to persuade other political parties about it either. Before presenting it to parliament again, the PPP must bring all parties on board and make them understand how imperative the IMF programme is for Pakistan’s financial survival.As far as the issue of terrorism and security situation is concerned, there has been a contradiction in the PPP’s posture. On the one hand, the PPP was able to form a consensus in the war against terrorism and the military campaigns in Swat and FATA. On the other hand, it was not able to come up with a successful counter-terrorism plan. Governor Punjab Salmaan Taseer and federal minister Shahbaz Bhatti are only the latest examples of the government’s failure in curbing terrorism. The PPP’s appeasement of the religious right further weakened it and strengthened the terrorist networks. The government needs to do more in terms of intelligence and police work so as to fight terrorism. Infiltration of terrorist networks is imperative for this to be successful. Past policies concerning Afghanistan and Indian-Held Kashmir (IHK), which have apparently led to a rise of a domestic terrorist movement, need to be revisited and recast to deal with this looming menace – Dailytimes

Rakhi accused of molesting a godman