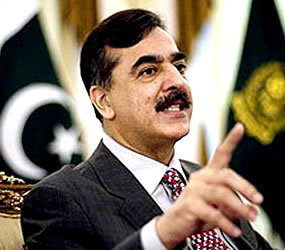 Chinese Premier Wen Jiabao was on a three-day visit to Pakistan last week, which ended on a positive note. The two countries signed 35 agreements and memorandums of understanding (MoUs) that are expected to bring around $25-35 billion worth of investment over the next five years. The strong ties between China and Pakistan have survived for almost six decades now and are still going strong. Mr Jiabao promised that “China and Pakistan ties will get deeper, closer and stronger”, while Prime Minister Gilani said that Pakistan “condemns any attempt to undermine China’s sovereignty and territorial integrity”. The two sides have decided to celebrate 2011 as the ‘Year of China-Pakistan Friendship’, whereby they will hold a series of bilateral activities in different fields to commemorate the 60th anniversary of Sino-Pak diplomatic relations. On the surface, our time-tested friendship with China has reached a new level, but if examined closely, the relationship has faced some problems over the years.

The fundamentalist separatist movement in Xinjiang reportedly has its support base in Pakistan. Instead of reciprocating China’s abiding friendship, we are being naïve in turning a blind eye to this jihadi enterprise. Although Pakistan has assured China of its support in dismantling the terrorist network on a number of occasions, our ‘promise’ has not actually materialised into anything substantive. On the other hand, China has always fulfilled its commitments and never let Pakistan down. We can always rely on the Chinese for their consistent policy of friendship but we should not rest sanguine because China’s support for Pakistan is there but not exclusively for us. It is now operating in its own interest; its direction is now different from the one back in the Cold War days. Since China is the second largest economic power in the world today, we can get investment and technology from the Chinese instead of relying on the west alone.Before coming to Pakistan, Mr Jiabao visited India and the two countries agreed to double their bilateral trade to $ 100 billion by 2015. Despite having territorial disputes with India, China has increased trade with its adversary. The paradigm shift is more towards the economy than politics. We must learn from our Chinese friends and strengthen our bilateral ties with India instead of harping on only about Kashmir. Pakistan must wake up to the new international realities and understand that capital plays a more crucial role in defining world politics today than ever – Dailytimes