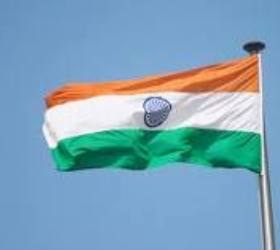 Two Indian citizens were involved in the 2004 Madrid commuter train bombings that killed 191 people, a US diplomatic cable says. The cable, sent by the US Embassy in Madrid on March 15, 2004, identified the two Indians as Vinay Kohly, who was born in Jalandhar on June 11, 1976, and Suresh Kumar, born on Jan 27, 1972, in Hoshiarpur. The cable, released this weekend by WikiLeaks, noted that the two accused persons had sold the telephones used in the attacks to some Moroccans suspects. According to the cable, Qaeda emerged as the main suspect in the investigation into the March 11, 2004, attacks in Madrid, although authorities could not completely rule out the possibility that a Spanish terrorist group called ETA also played a role. Spanish authorities had detained five suspects, three Moroccan and two Indian citizens. All three Moroccans were said to have links to Imad Eddin Barakat Yarkas, who was indicted for his role as an alleged ringleader in Al Qaeda’s organization in Spain. Authorities reportedly linked the three to the attacks after tracing the cell-phone from one of the sport bag bombs that did not detonate. The three Moroccans were Kamal Zougam, Mohamed El Bekkali Boutalih and Mohamed Chaqui. All reportedly had police records and Zougam was named in Spanish Judge Baltasar Garzon’s September 2003 indictment of Barakat Yarkas, though not indicted himself. Zougam reportedly ran an internet cafe with Chaqui, his half-brother. On March 13, 2004, Spanish authorities were advised of a videotape placed in a trash container near a prominent mosque, located near the major M-30 roadway in Madrid. The tape purportedly showed a masked spokesman, going by the name of Abu Dujan Al Afghani, who claimed responsibility for the attacks on behalf of Al Qaeda’s military group in Europe.

Readers may recall that On March 11, 2004, ten bombs went off virtually simultaneously in trains carrying commuters into Madrid. 190 people died in the attacks, with approximately 2,000 people wounded. Between 7.37 a.m. and 7.39 a.m., ten bombs were detonated on trains arriving at Atocha, Madrid’s main train station. Three bombs went off on a train on the platform. Two more exploded on a train leaving El Pozo station, on the way to Madrid. Four bombs exploded on a train just outside Atocha station. Finally, a bomb went off on a train at Santa Eugenia station, four stops outside of Madrid.

With 2,000 people injured, the emergency services were overwhelmed as they attempted to treat the wounded. TV footage showed ordinary citizens helping the paramedics. Passing buses turned into temporary ambulances (and hearses) transferring the wounded and the dead to the hospitals. The Parque Ferial Juan Carlos I exhibition centre became a temporary morgue and chapel of rest. In Puerta del Sol, the main square in Madrid, a blood donor truck (which had already been there for a number of days) became inundated with donors. The line to donate blood snaked around the square several times. A makeshift shrine to the victims appeared in front of the municipal building in the square.

As is normal when a catastrophe of this magnitude occurs, the people of Spain (and the rest of Europe) gathered around their television sets for updates on the day’s events. Trains leaving Madrid were suspended and Line 1 of the metro (which passes by Atocha) was closed until the afternoon. Later that day, a van was discovered near the site of one of the bombs. Inside was a tape of the Koran. An Arabic newspaper in London prints a letter presumably signed by Al Qaeda, claiming responsibility for the attacks. Later, a number of Pakistanis were arrested in suspicion of being involved in the bombing.

The news pertaining to the involvement of Indians in the Madrid bombing is of special interest to Pakistan, since the initial reports implied that Pakistanis were involved in the bombing. It has become a habit of western institutions that Pakistanis are named in any terrorist act without investigating the facts. The Indian factor vindicates Pakistan’s position. – Dailymailnews